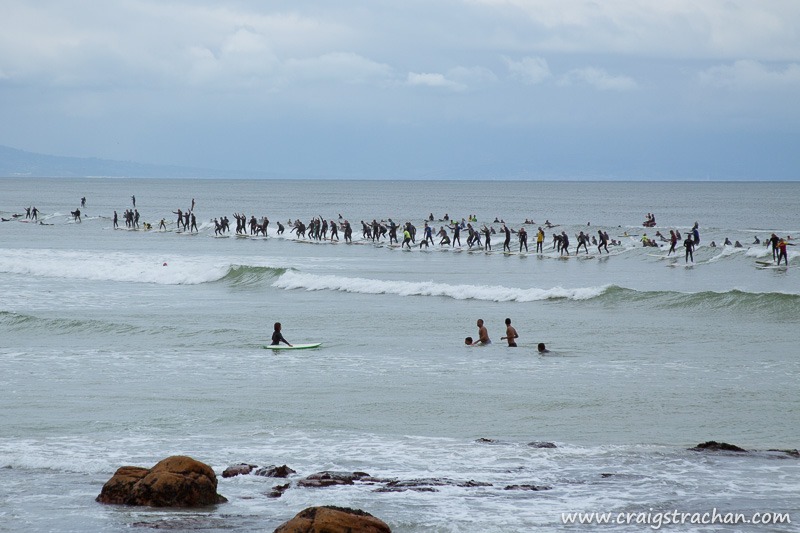 Today was the (by now annual) attempt to break the Guinness World Record for the most surfers riding on the same wave. The record of 110 surfers was set at the same spot (the famous Surfers Corner at Muizenberg Beach) almost a year ago. 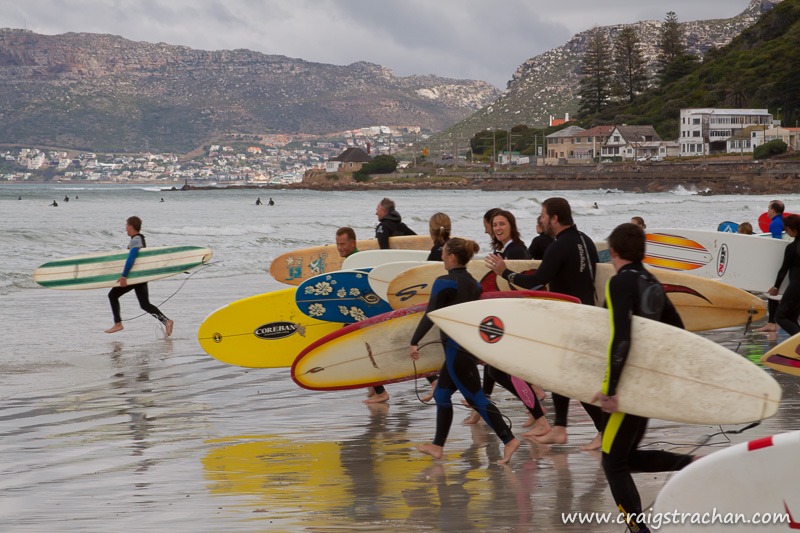 Since I live so close to the beach, I had to pop around and see how they were doing. Over 150 surfers waiting in line in an attempt to get over 110 people surfing at the same time. 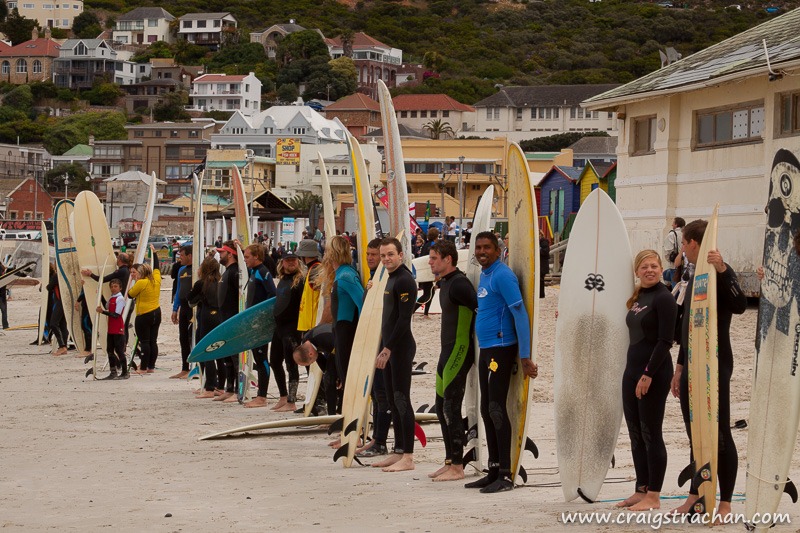 So did they manage to break the record? Although over 90 surfers rode a single wave, the previous record was not beaten. Perhaps next year.