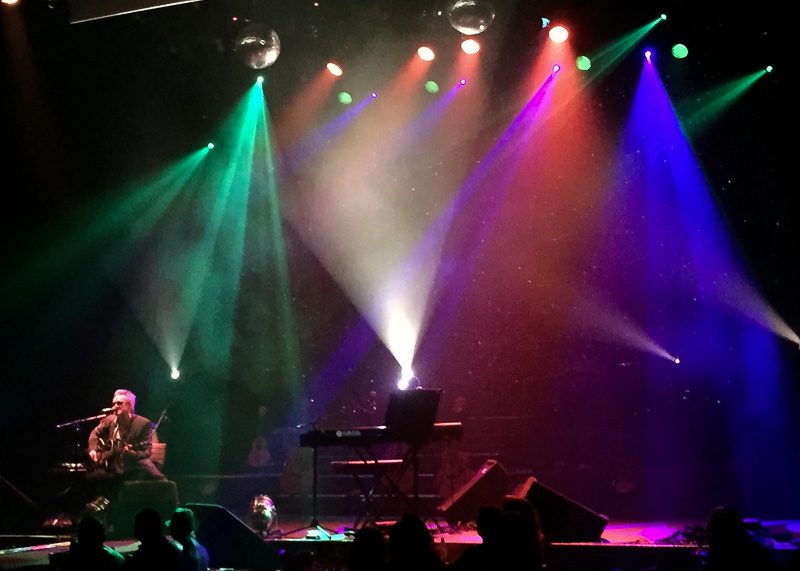 No SLR allowed – cell phone pic – the best camera is the one in your hand :-)

Who would have thought, Wayne Hussey with a ukulele! It is 15 years since he last played in Cape Town, I cannot believe that it is so long ago that we say the Mission playing at CBC in Town. But he is doing a pretty good acoustic set (and yes – there are a few backing tracks!). His voice is still fantastic.

He did a version of Martha’s Harbour by All About Eve on a keyboard; a really fantastic version. He is pretty good on the keys.

All the goths were at the gig; but this time older, balder and better behaved. We left at about 11:15pm, and from about 11 a lot of people started leaving. Even the old goths have to get home now to the kids and to be awake for work the next day!

But there were a surprisingly number of younger people there; people that probably were not even born when the Mission were playing.

One Response to Wayne Hussey in Cape Town