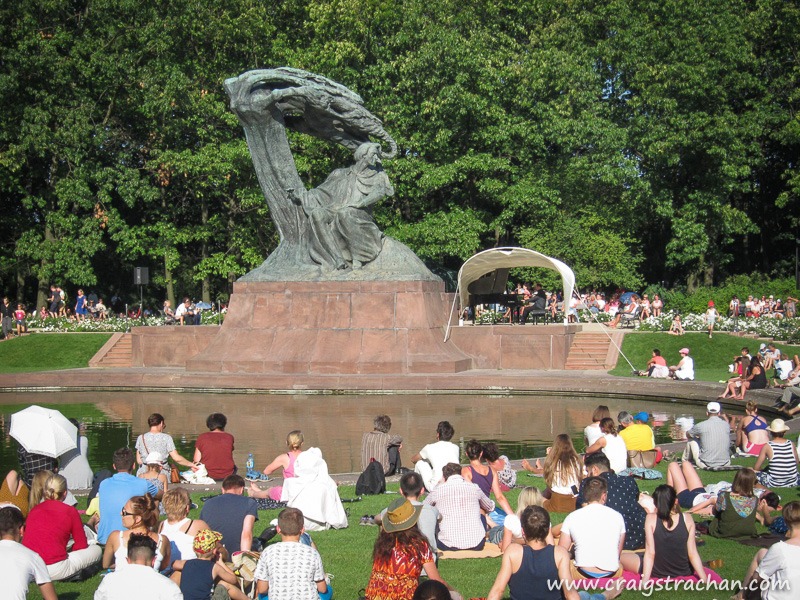 There are two composers that (in my opinion) are the the best ever piano composers. The first is Beethoven (a while ago I visited his grave in Vienna), and the other of course is Frédéric Chopin. Every single piece of music that Chopin wrote contains the piano.

They day we arrived in Warsaw there was a free Chopin concert at the Chopin memorial in the Royal Baths Park in the South of Warsaw, so as soon as we found our apartment we dropped our bags and dashed out to head off to the park.

The concert reminded me a lot of the Kirstenbosch concerts in Cape Town (except this one was free), but there were at least a thousand people sitting on benches and the lawns.

While I don’t know the pianist, he is (at least according to the announcer) one of the top Polish Pianists, and judging by his playing he clearly was! It was amazing to sit for an hour and just relax after a crazy long flight and listen to some Chopin.

One Response to Chopin concert in Warsaw