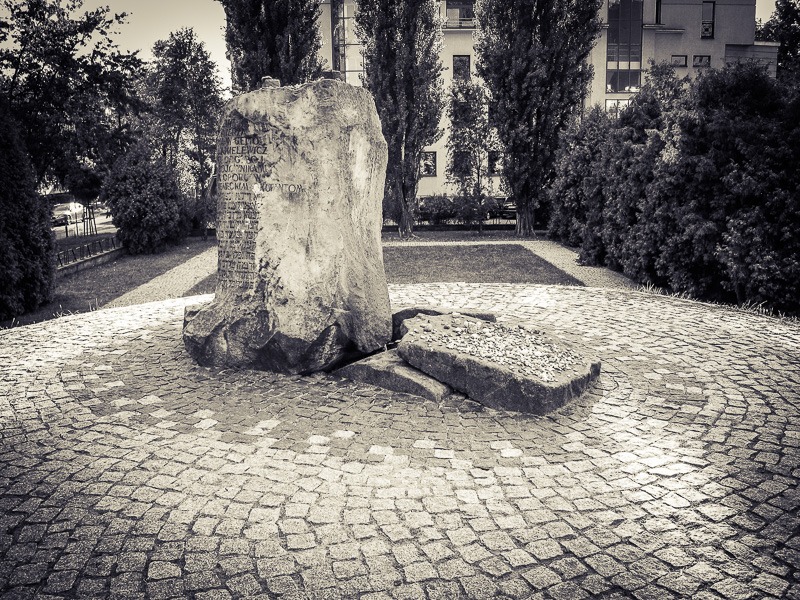 Mila 18, the location of the underground bunker where most the the ghetto uprising was orchestrated from is the grave of hundreds of resistant fighters during the Warsaw Ghetto Uprising. It is a difficult place to talk about, but it is an important remember of human suffering and the will to survive. 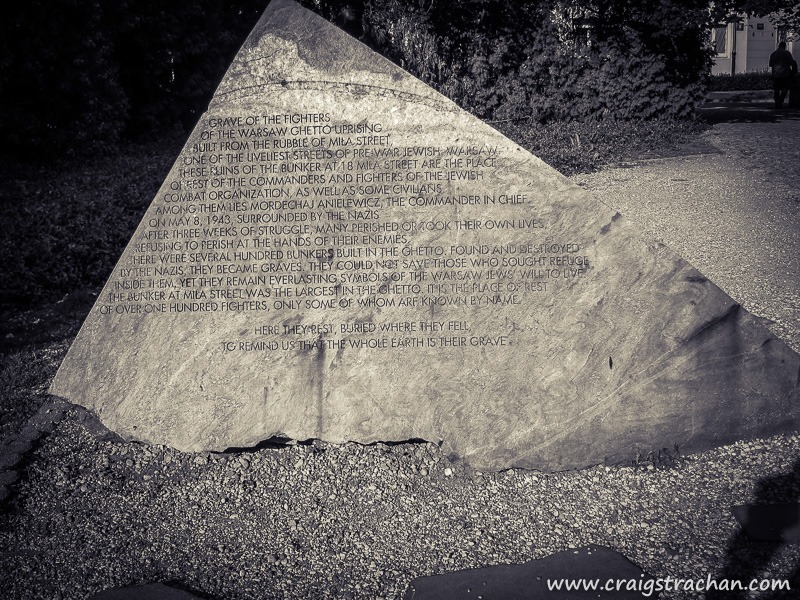 Grave of the fighters of the Warsaw Ghetto Uprising built from the rubble of Mi?a Street, one of the liveliest streets of pre-war Jewish Warsaw. These ruins of the bunker at 18 Mi?a Street are the place of rest of the commanders and fighters of the Jewish Combat Organization, as well as some civilians. Among them lies Mordechaj Anielewicz, the Commander in Chief. On May 8, 1943, surrounded by the Nazis after three weeks of struggle, many perished or took their own lives, refusing to perish at the hands of their enemies. There were several hundred bunkers built in the Ghetto. Found and destroyed by the Nazis, they became graves. They could not save those who sought refuge inside them, yet they remain everlasting symbols of the Warsaw Jews’ will to live. The bunker at Mi?a Street was the largest in the ghetto. It is the place of rest of over one hundred fighters, only some of whom are known by name. Here they rest, buried as they fell, to remind us that the whole earth is their grave.

If you want to read an excellent book on the subject, I highly recommend the novel of the same name written by Leon Uris.

Many of my recent posts have been about Warsaw in World War 2. The war is remembered wherever you go. They are determined to never forget what happened, and certainly they should not forget. It is recovering, and I think perhaps that it will never recover. And I don’t think that is a bad thing at all. Never ever forget.