The Palace on the Water 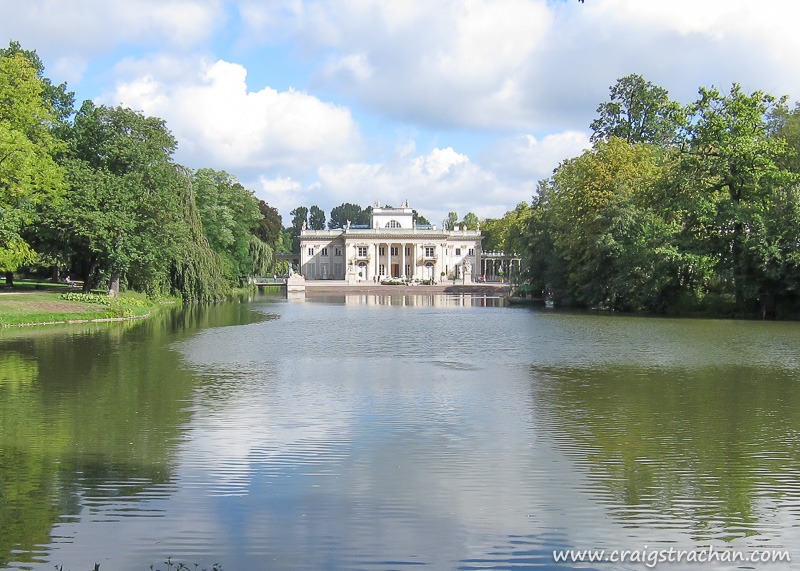 The Palace on the Water, or Lazienki Palace in Polish, is in the middle of Warsaw Baths Park. It was originally built as a bath house, and later converted into a private residence.

It is build on an artificial island in the middle of the lake, dividing the lake into 2. I (quite literally) ran across it while going for a long run in Warsaw. The surrounding park has many spots where you can have a nice picnic, or just sit on the grass while admiring the facade of the palace.

Of historical interest it is one of the few buildings that was not destroyed in World War 2. The German army drilled holes in the walls to blow it, but never got around to it.

The palace is open to visitors.