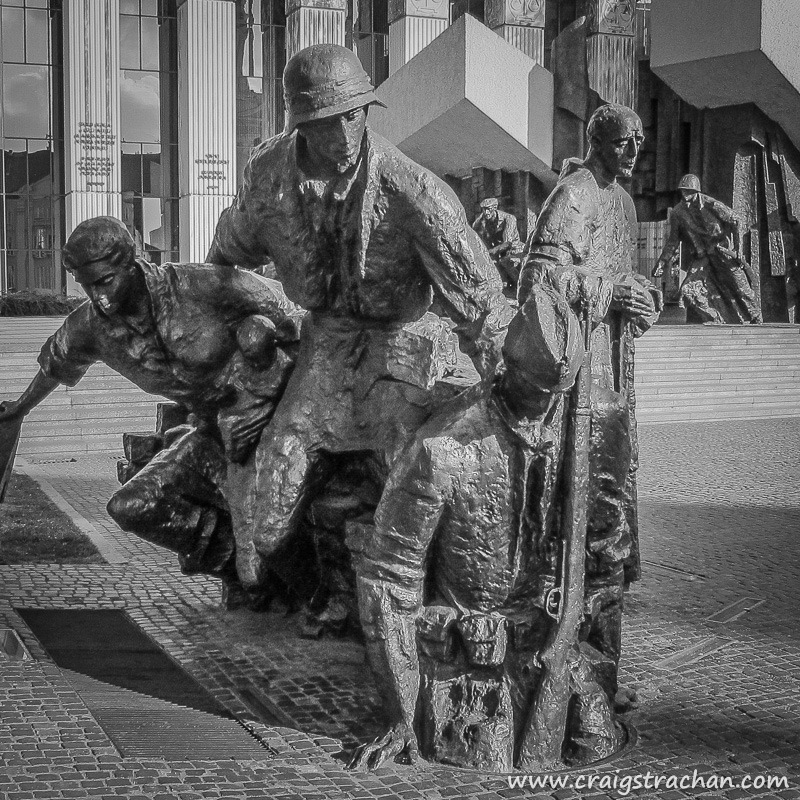 The Warsaw Uprising Memorial commemorates the uprising in the Warsaw in 1944, which was a final stand by the Polish resistance as the German forces retreated and the Soviet forces advanced. It was a brutal 63 days (the longest military engagement by a resistance movement – ever!) during which Germany retreated but the Soviets did very little to assist. In fact the Soviets stopped their advance to allow the Germans to raze the city before they left. 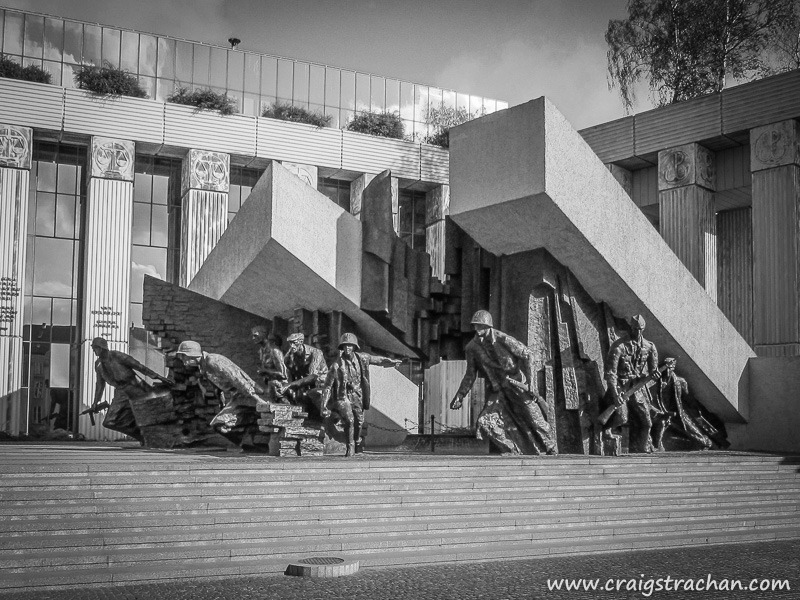 This memorial reminds us how important the sewers were to the resistance in being able travel through Warsaw undetected.