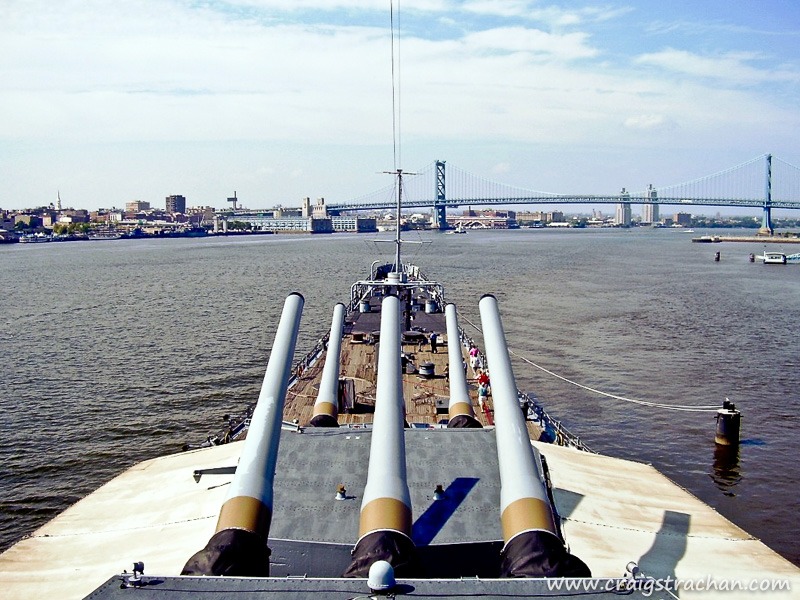 The Battleship New Jersey is moored in Camden, on the Delaware river opposite Philadelphia. She served in the Pacific in World War 2, Korea and Vietnam. She has the unusual distinction of being decommissioned twice, first in 1969 (she was decommissioned in 1982) and again in 1992. 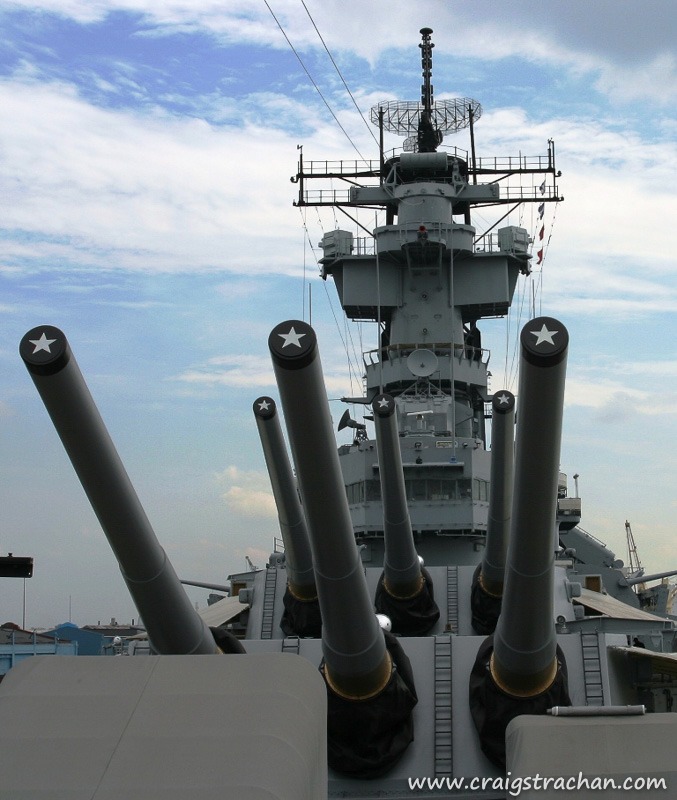 Now she is open to the public. Lois and I went on the guided tour and it was a fascinating tour (you are welcome to wonder around by yourself).