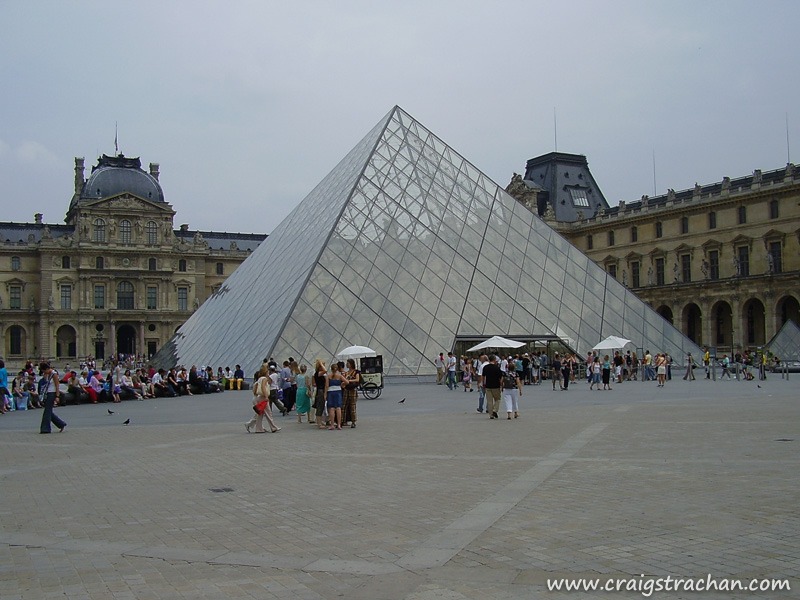 I was warned that the Mona Lisa is a bit of a disappointment, it is a lot smaller in real life than one expects, it is not as fine as expected, and the queues into the Louvre and to see her are really long. I have to say wrong on all accounts. I walked straight into the Louvre with a very short queue, and I was on my way to see the world’s most famous painting.

She was recently moved to a much more accessible room (still in the Denon wing) which is very well sign posted. I had a marvellous time walking through the museum, looking at many works, including van Gogh and de Vinci. 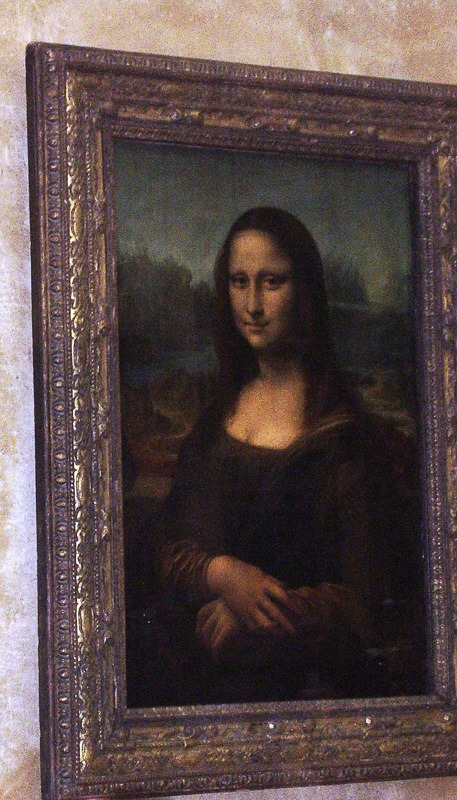 I knew that the Mona Lisa was somebody there, but I was not quite sure where. So when I turned a corner and almost bumped into the painting, I was quite startled. There she was – looking directly at me. She is far more amazing in the flesh (so to speak), than any print I have seen of her. I felt drawn to her, like she wanted to tell me something, and I had great difficulty looking away. Whenever I managed to, I still found myself drawn back to her. This is a painting that should be seen, and has to be seen in the flesh to be appreciated for what it is. Visiting the Mona Lisa was a dream fulfilled. 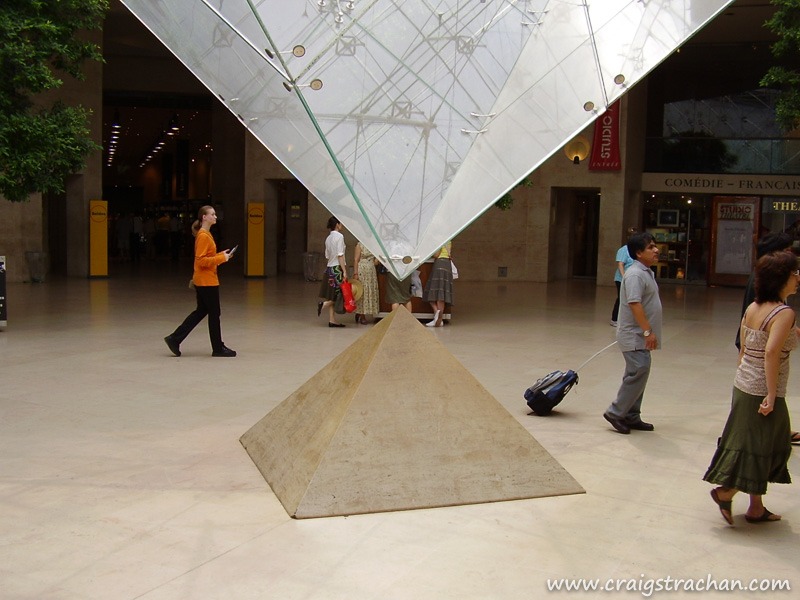 T found it odd that instead of walking around with guide books, many people were walking around with copies of Dan Brown’s “The Da Vinci Code”. At least he is getting people more interesting in art and history. The inverted pyramid on the left is where (according to the book), The Holy Grail is hidden. 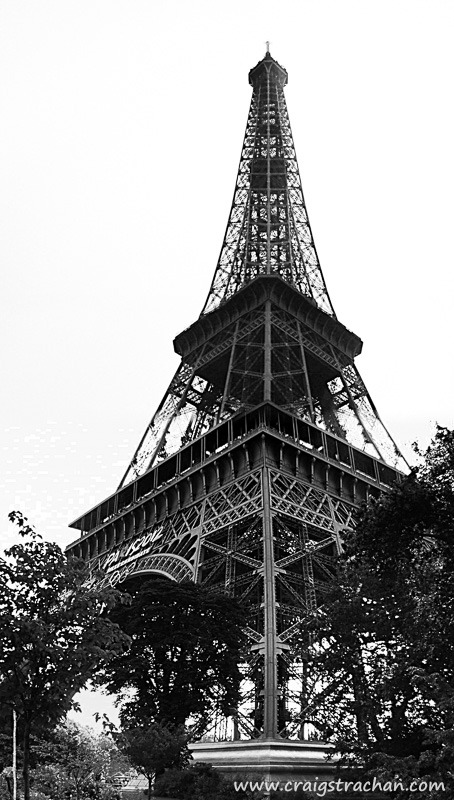 The tower looked just like I expected, but then thinking about it, who should it not. The queues were long, but they did move quickly (you can miss the queues by walking up about 12 flights of stairs to the first level). We took the lift to the second level (my first double story lift). This was quite a scary experience, because the lift basically moves up the leg of the tower, so it moves at an angle. This means that you can see the ground fall away below you as you move. The second level platform is about 115 m high, with an incredible view. You can see from the Arc de Triomphe, across to the Louvre, over to Notra Damme, past the Invalides and finally up and down the river.

Once we had adjusted to this height, it was time to move up. The top level is 276 m high, and this level is (not surprisingly) fully enclosed. It is quite a scary experience being at this height, bearing in mind that I was being held up by what is basically a Meccano toy. I thought that the view from the second level was good, but I had no idea. You are actually so high up that you start to see the ground below through the beginnings of the city air pollution. However I did still manage to see about ½ way back to Cape Town. 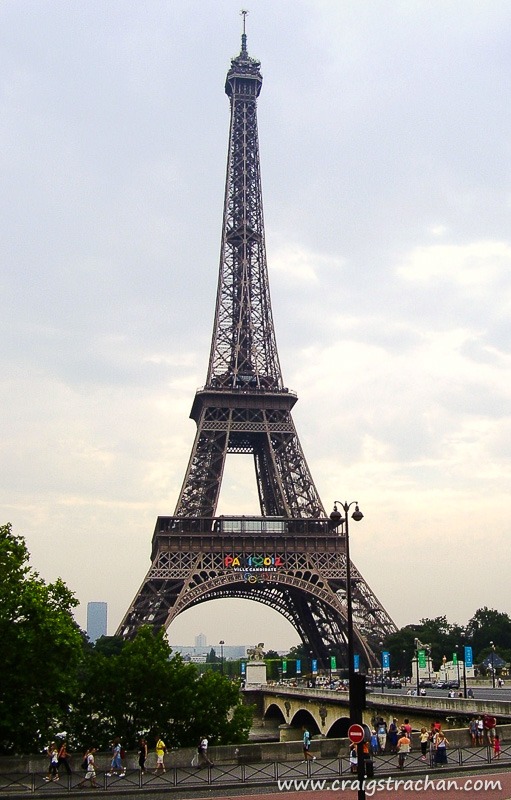 The Eiffel tower was built in 1889 for the Paris World Fair. It was built by Gustave Eiffel, who also built the Status of Liberty in New York. Its total height is 320m, varying by about 15 cm, depending on the temperature. It weighs 7000 tons, and contains 2.5 million rivets.

If you visit, you really must go all the way to the top – it is worth the wait in the queues. I do have to conclude by saying that I was very glad to get my feed back on solid ground after the visit. 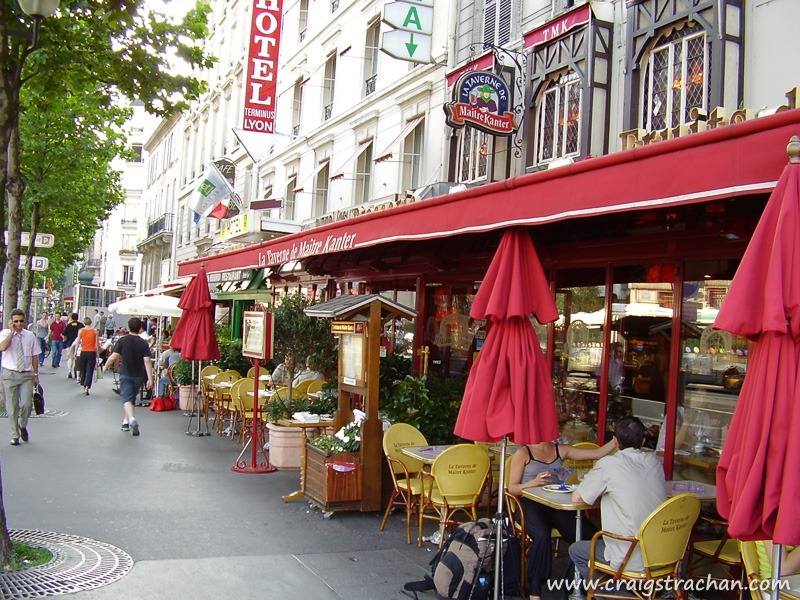 Paris is all I expected, but many times more. There really is a café on every corner. The markets are clean, inexpensive and varied, and they do have a huge variety of cheeses, patés and cold meets. Everybody really does eat baguettes for lunch. The architecture is splendid, with every building covered in the finest detail. People do take their dogs on the trains, busses and into restaurants. I have never been to a city before where it is just like the guide books and films.