The first one is Brandenburg Tor, with the old gothic Unter den Linden sign under it. In the cold-war, West-German trains went through parts of East-Germany, and in particular through this station. But they never stopped at any of these so-called “ghost-stations” that were closed and guarded. 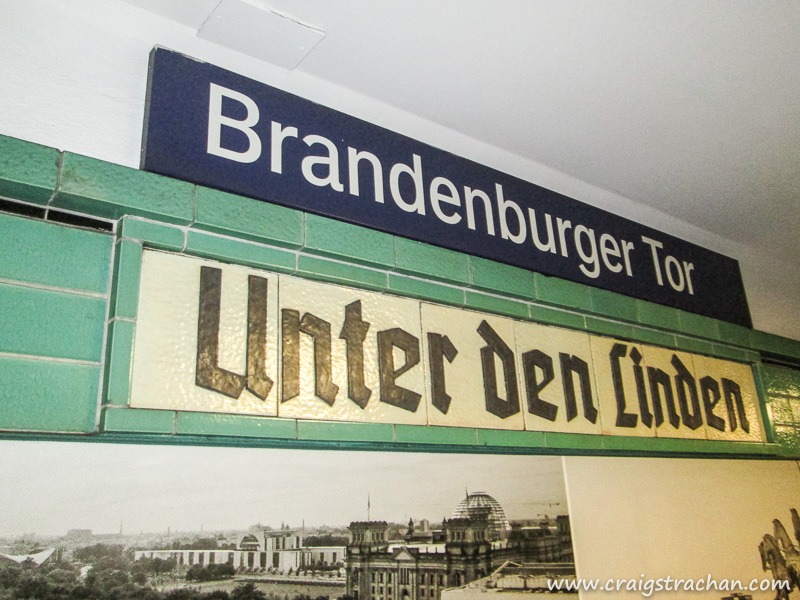 The second sign is Alexanderplatz in East-Berlin, an area that today is one of the bussiest districts in Berlin. 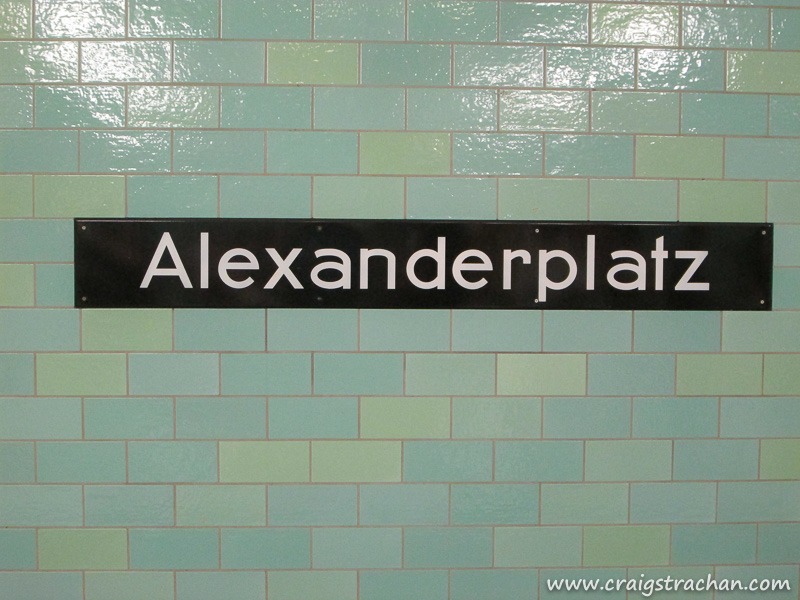 This band was great. Have a close look at the drum kit. Its made from discarded plastic bottles and buckets. It was a new form of recycling I guess. We spotted them on the outskirts of Alexanderplatz in Berlin. 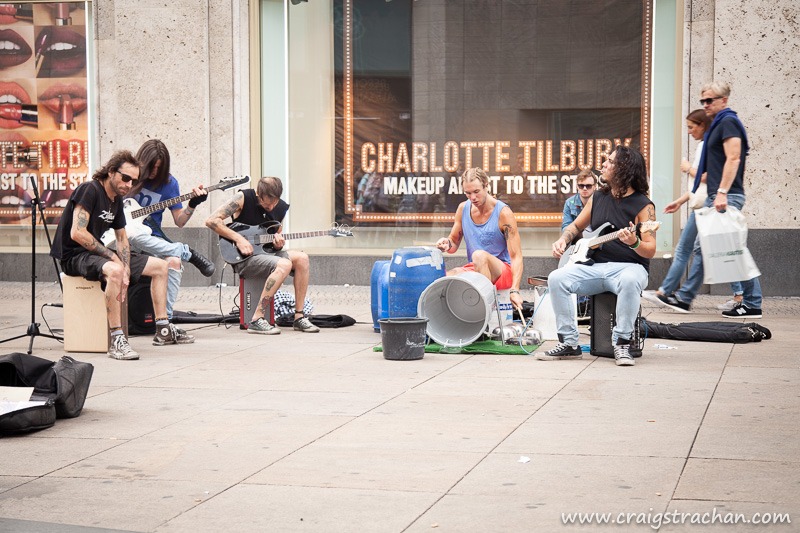