This band was great. Have a close look at the drum kit. Its made from discarded plastic bottles and buckets. It was a new form of recycling I guess. We spotted them on the outskirts of Alexanderplatz in Berlin.

An Italian busker entertains us in the streets of Rome.

One of the nice things about Gorlitz is that there are very few tourists, and hence very few people trying to separate you from your cash as every opportunity. During our few days there we only saw two groups of buskers. The first group were working the outdoor seating at the restaurants; very typical gypsy-style buskers.

The second group weren’t busing for money; they were playing outside one of the university buildings – I think! At least they were running all their over from the building. They were really good…an loud. In the narrow streets I’m sure the whole town could easily hear them busking! 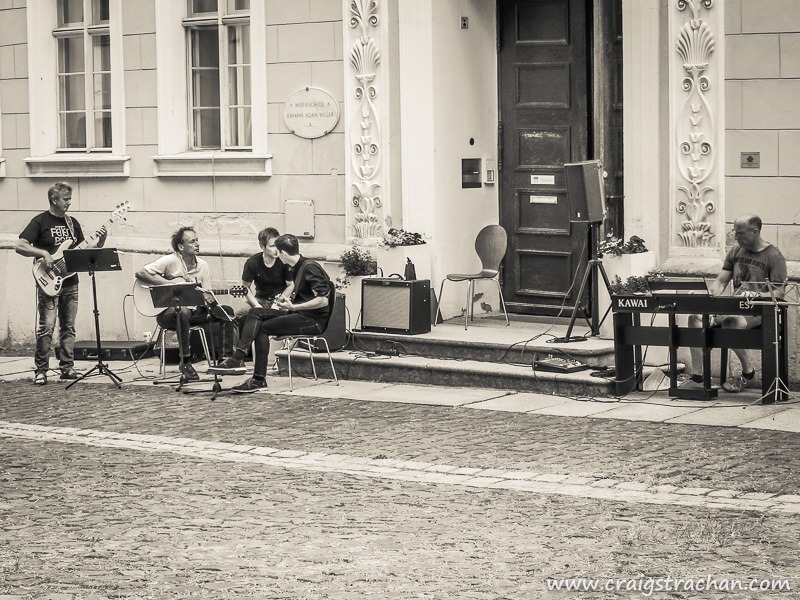 Music on the square

We spend a lovely afternoon on the square in Avignon, just below the castle walls, drinking a glass of the local rosé while being entertained by these two buckers.

While wondering around Aegina Town we bumped into this busker, and he was fantastic. He was one of the few buskers in Greece not trying to make a hash of traditional Greek music, but he was just playing his own thing. I first noticed him when he was playing the Rain Song by Led Zeppelin. A well-known band, but not their most famous song. We chatted to him for a bit, and he says that he makes his living wondering around the island busking.

Just before we moved on, he played an even more obscure Led Zeppelin Song – Bron yr aur, named after the cottage owned by Robert Plant’s family (that was your trivia for the day), and written by Jimmy Page (the song that is – not the cottage. Jimmy Page could hardly have written the cottage).

I’ve also just realised that he was using a sieve as a hat to collect his tips – now that is a little bizarre!

Anyway, if you get hold of a copy of Physical Graffiti you can listen to the Led Zep song. 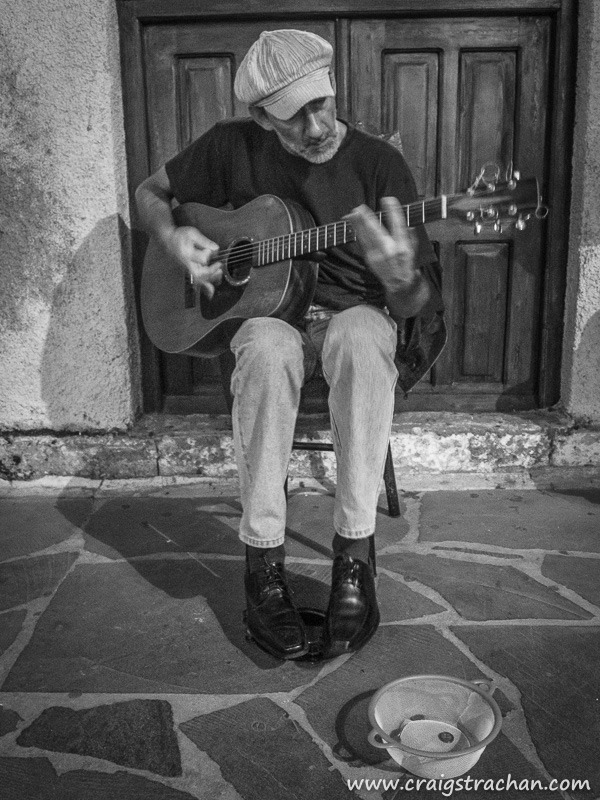