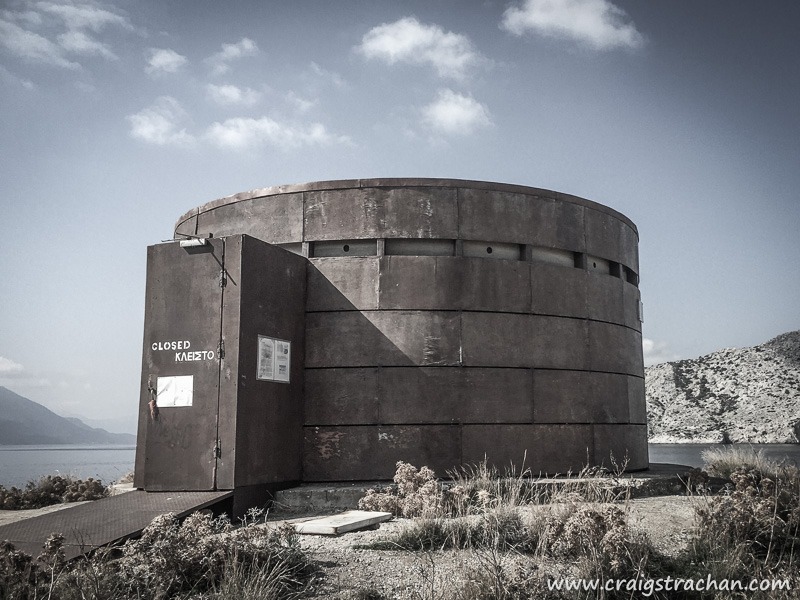 A camera obscura is a room with a small hole in the wall, through which light is projected to create an upside down image on the opposite wall. In short, it is probably the earliest version of a camera. It dates back to as early as around 400BCE.

So I was very excited to discover on our Greece holiday that there was not only a camera obscura on Aegina, but it is then only one in the world with a 360 degree view, so of course it became a destination for a trip around the island.

When I got there there was both good and bad news. The bad news is it is impossible to find. I (quite literally) had to drive around the back of the headland on some rocky, unmarked and overgrown island foot paths. It would have been fine in a 4×4, but it was not at all suitable for our little hire car. And secondly it was closed.

The good news is the door was not locked, so of course I went inside for a few minute to check it out. But it clearly was not being maintained, so while it was kind of interesting to visit I didn’t experience the 360 degree view. But the trip around the island was loads of fun!

It is just outside a lovely little village called Perdika, which is definitely worth visiting, having a walk around, and stopping for lunch in one of the waterside taverns.