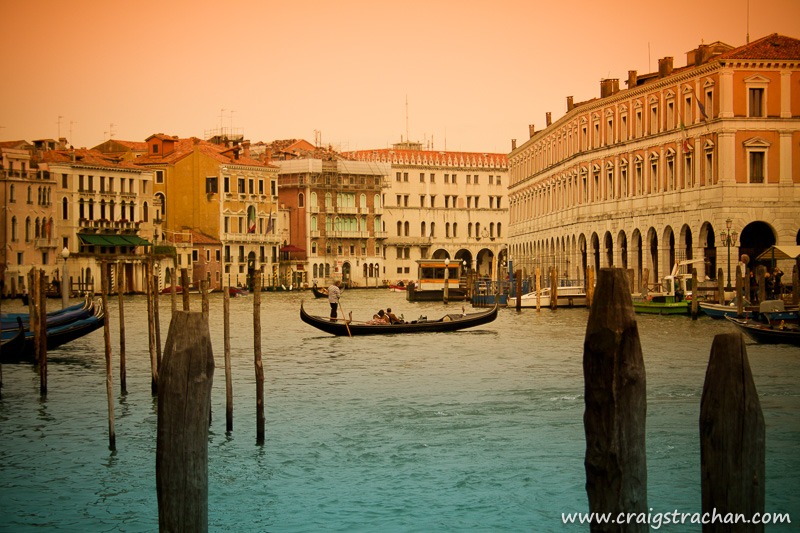 The Grand Canal in Venice is the easiest way to get around Venice. It basically divides the city down the middle, with most taxi and bus services running on it. 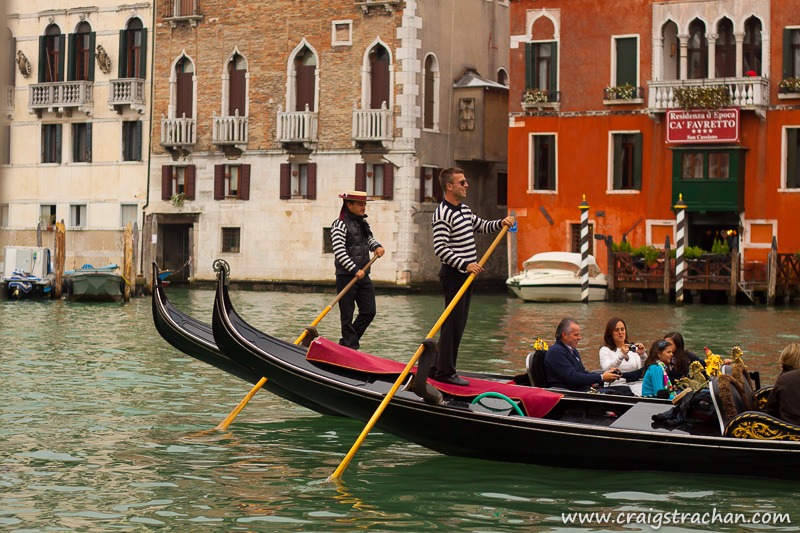 There are only four bridges that you can use to cross the canal, however it is a small city; so you never really find yourself stuck on the wrong side of the canal. Venice is remarkably compact, you can easily cross it on foot in less than an hour, and by using the water-bus (Vaporetti) in about 1/2 hour. 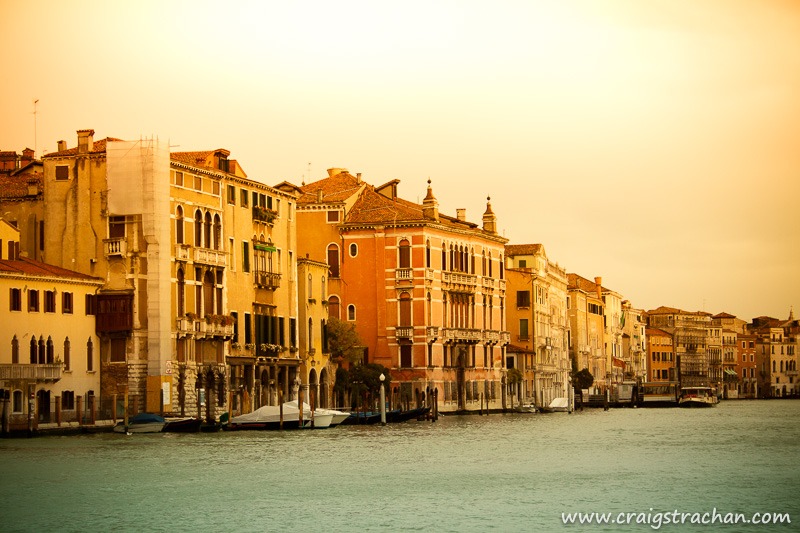 Although it is difficult to get an original shot of the canal that has not been taken 100 times before, it is truly a beautiful location for some great shots. 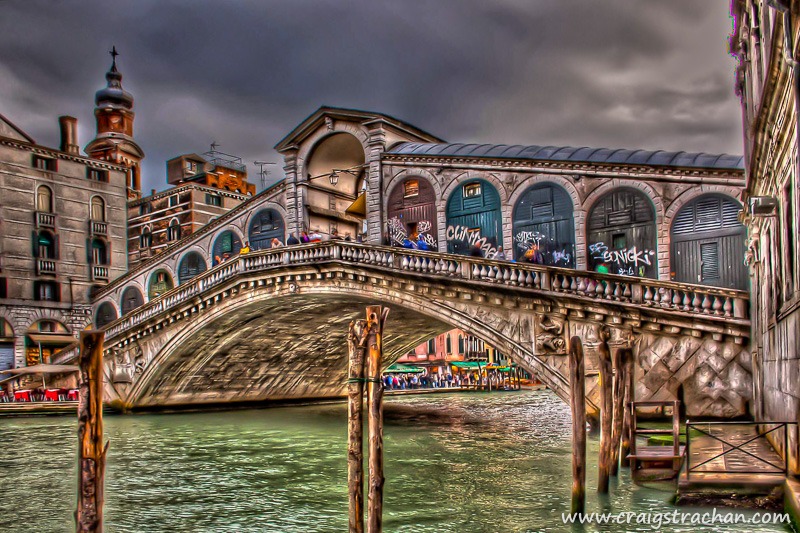 The Rialto Bridge is the oldest of the four bridges spanning the Grand Canal in Venice. It was build by Antonio da Ponte, in 1591, after almost 100 years of thinking, discussion, proposals and planning. So if you think that city planning today seems to take forever, don’t complain!

During the planning process, several plans for the Rialto Bridge were submitted, including a plan by Michelangelo, which was not used. While I have seen many pictures of the bridge over the years, I was a little surprised at how small it really is, having said that the whole of Venice is really small. You could easy walk end to end in 45 minutes (including the obligatory getting lost; which will happen at some stage).

The Rialto Bridge is right next to the Rialto Market, selling fresh produce and sea food to the locals and tourists. Never the less, it is a beautiful and spectacular bridge in the heart of Venice, and a wonderful location to wonder around for a couple of hours.

ps: A pity about the Graffiti on the right :-(