One of my regrets is not going to see Les Paul playing in New York. Now it is too late (he would have been 96 today). Not only did Les Paul pioneer multi-track recording which is fundamental to any recording studio in the world, he invented the solid-body electric guitar. The Gibson Les Paul electric guitar is probably the most famous guitar in the world. 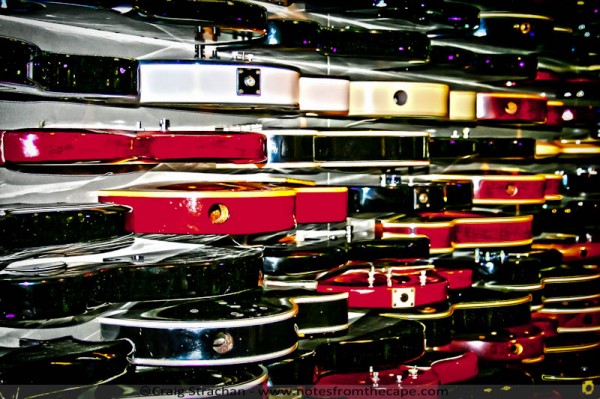 Just some of the bands and artists that have used the Les Paul are:

So next time you listen to your favourite band, spare a though for the man that helped make it all happen.

Thanks to Sally for reminding me of his birthday.

In the short walk that I took through the Kalk Bay Village, I saw five street musicians (ok, 2 groups of 2 and a solo guy). 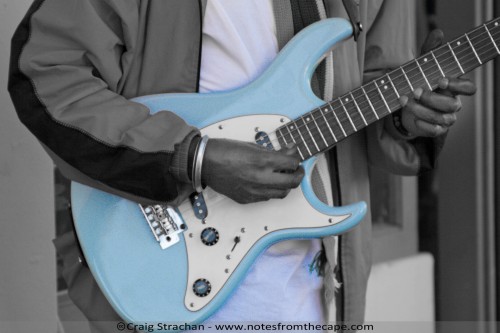 This guy was just jammin’ away on his guitar, making up the solos and chords as he played. He was accompanied on the bongo’s by his mate. 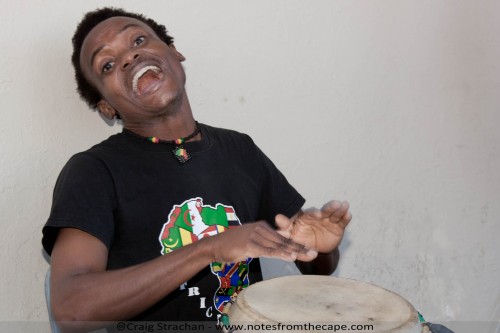 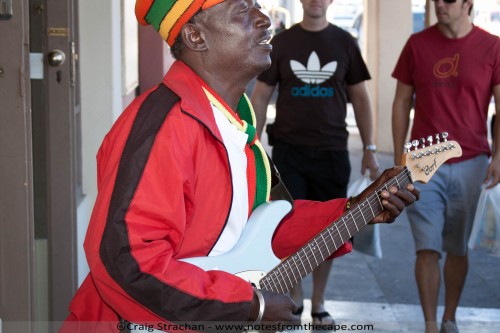 They were really good, somehow that had convinced the shop behind them to supply some free power, and they were just playing for whomever walked past, and that is something that I love about Cape Town. There is almost no regulation of street music; you can just play wherever you want. I hope it stays that way. It keeps the city alive. 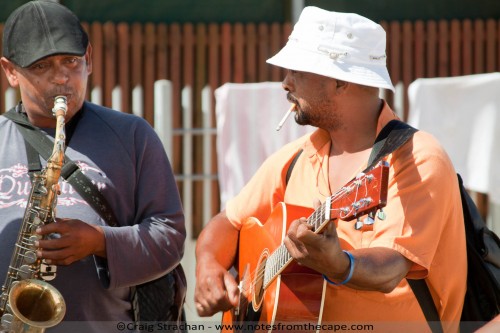 These Jazz muso’s were busking on the beach by the harbour. They were playing local versions of some old standards. 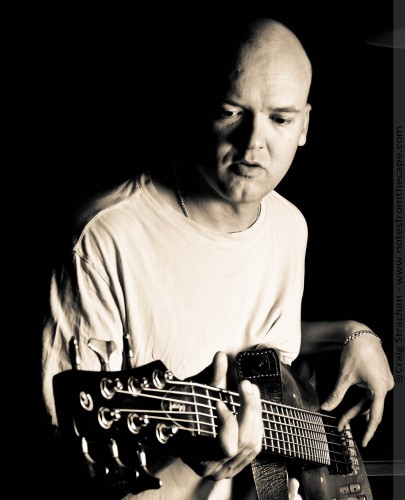 Self-taken shot of me playing my bass guitar. Her name is (and has been for many years) “Galadriel”, and she is a six-string solid through neck bass with active pre-amp. By the way if you are interested, you can listen to some of the stuff that Lois and I have done over the years here.

(I had to find something to test my new studio lights with :-) 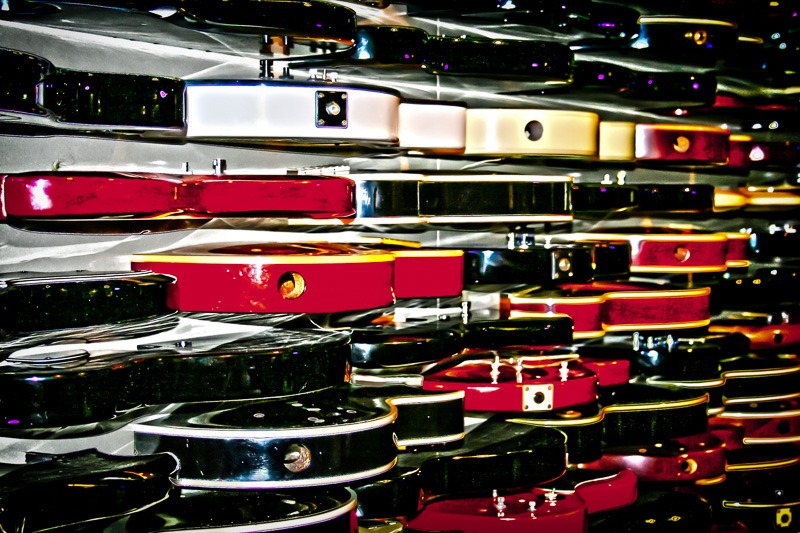 A wall at Planet Hollywood, Times Square. It contains a couple of hundred Gibson Guitars, mostly the Les Paul.

This is a fitting memorial to the famous Les Paul, who died on August 13 2009. He created the Gibson Les Paul guitar, which was played by almost every rock band in the world.

He also invented multi-track recording, which of course revolutionised the music industry.

Here is a picture of Paul McCartney’s bass guitar – yes the original (or so they say)! It was on the wall at Planet Hollywood on Times Square, New York. 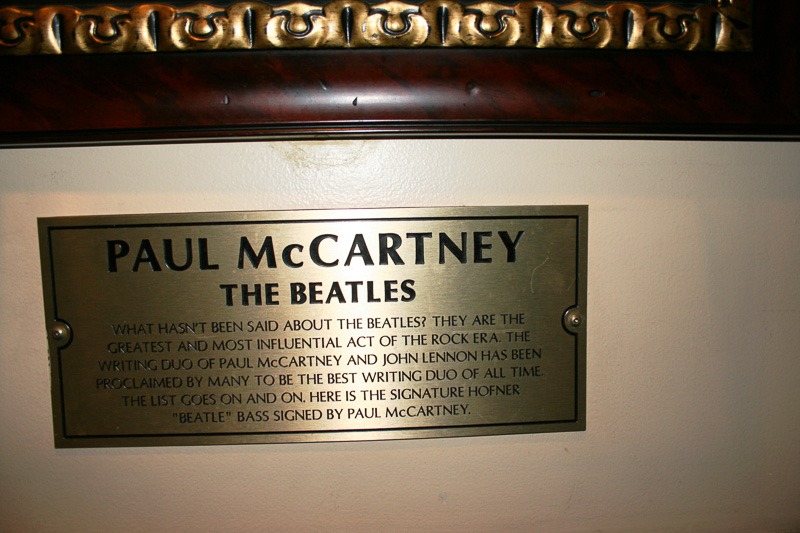