In my previous post, I told you how I had to climb to the top of Philopappos hill in the middle of the night for a shot of the Acropolis.

Here is Philopappos Monument at the top of the hill. There is not much to say about Philopappos (his was a prominent Greek in the Roman Empire, he died in 116 AD, and his sister build the tomb in his honour). 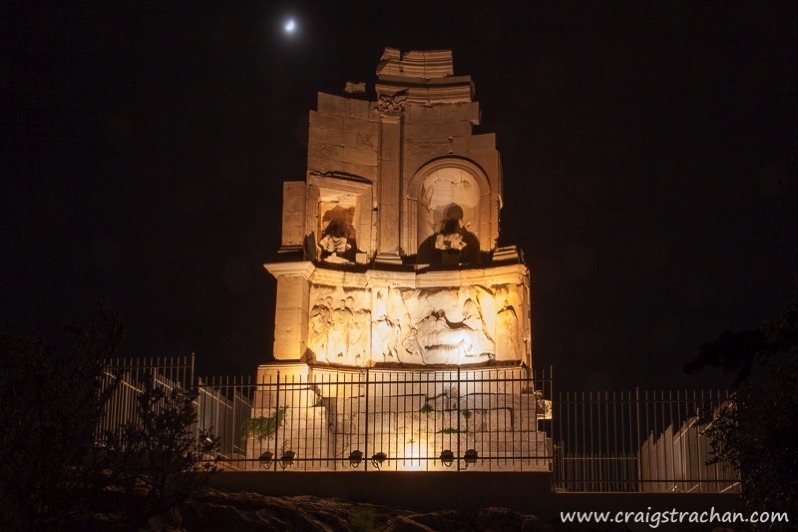