Continuing on the theme of taking photos on a run, here are two photos that I took of St James beach. I have run to this beach over 1000 times; it is generally by turning point on my mid-week runs.

The second photo was taken just a couple of days ago. It is the same beach in low-tide on a wind-free day. Doesn’t it look lovely?

And the first photo was taken about a week ago in a very windy high tide. Waves were crashing over the boardwalk between Muizenberg and St James beaches, and the beach was covered in water. I took this shot from the end of the subway onto the beach. The subway was flooded and covered and sand and shells. 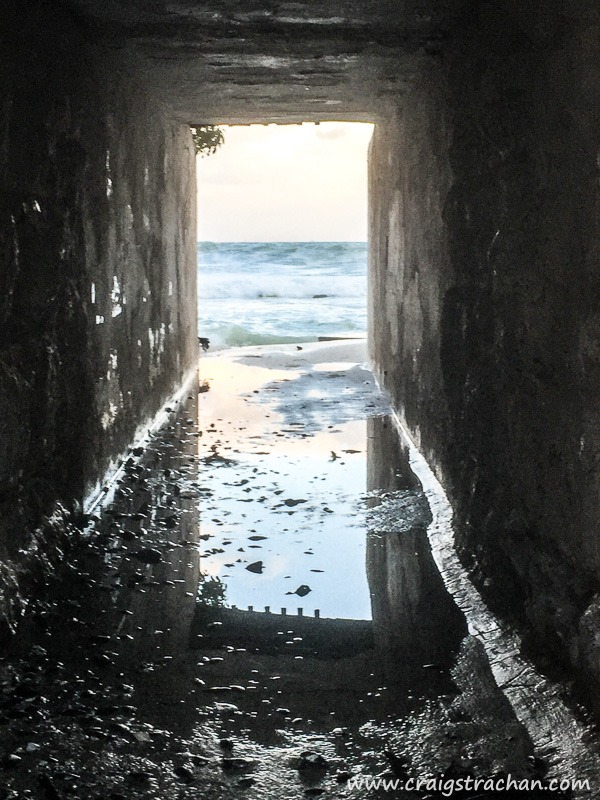