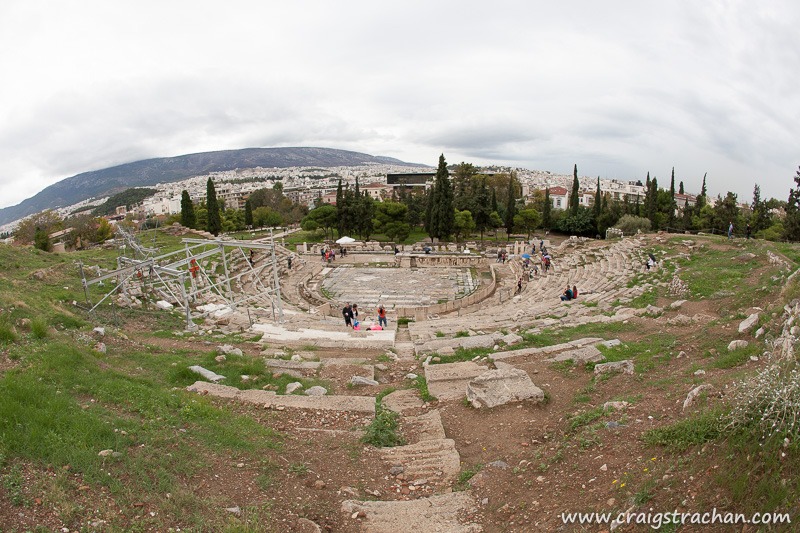 To get the best view of the Theatre of Dionysus you need to climb the Acropolis and look over the Southern Wall. The theatre was build in the sixth centure BCE, and holds about 15000 people. It is widely considered to be the first ever build theatre, and is the birthplace of Greek theatre.

PS: your Acropolis ticket includes the theatre, and you are welcome to wonder around the ancient site. 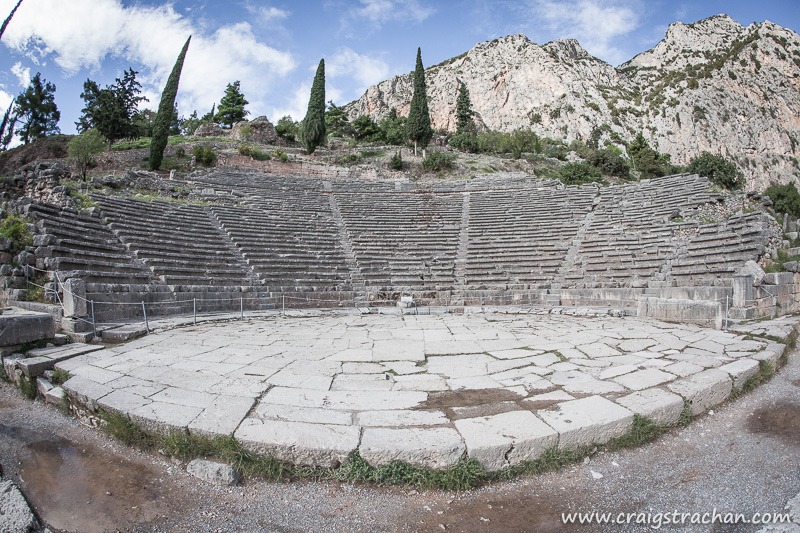 The Amphitheater in Deplhi is behind the temple of Apollo (the temple being where the oracle gave you guidance). Its old…really old. It was built around 4c BC, 2100 or so years ago. It’s also a lot bigger than it looks. It can hold around 5000 spectators. You have to walk a long and narrow path to get to the theatre, so I can imaging the queues after performances would have been pretty long…

The Odeon of Herodes Atticus was build in 161 AD, and is still used as a theatre today. That probably makes it one of the oldest theatre in the world. The oldest is the Theatre of Dionysius – right next door, If you walk to the top of the Acropolis you will see a wonderful view of the theatre. 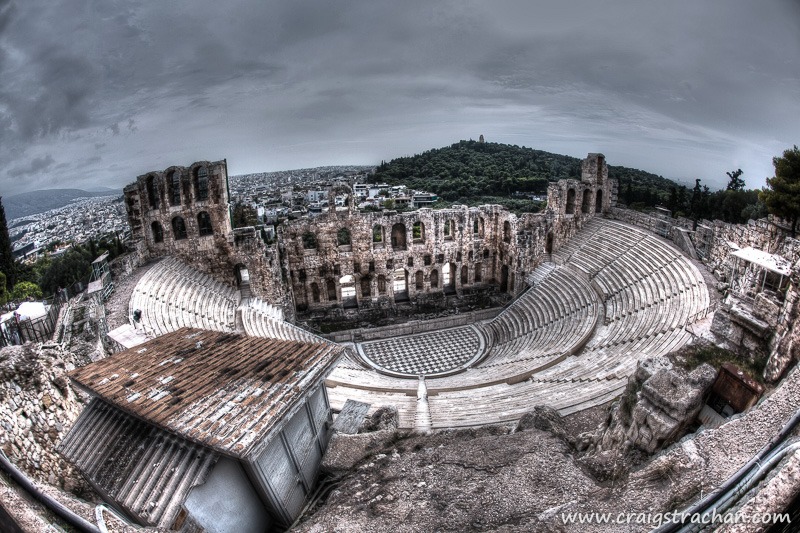 In my previous post, I mentioned the oldest theatre in the world – here it is. The Theatre of Dionysius was build around 500BC, with a capacity of about 17000 people. Imagine sitting here 2500 years ago, watching the latest theatre productions. 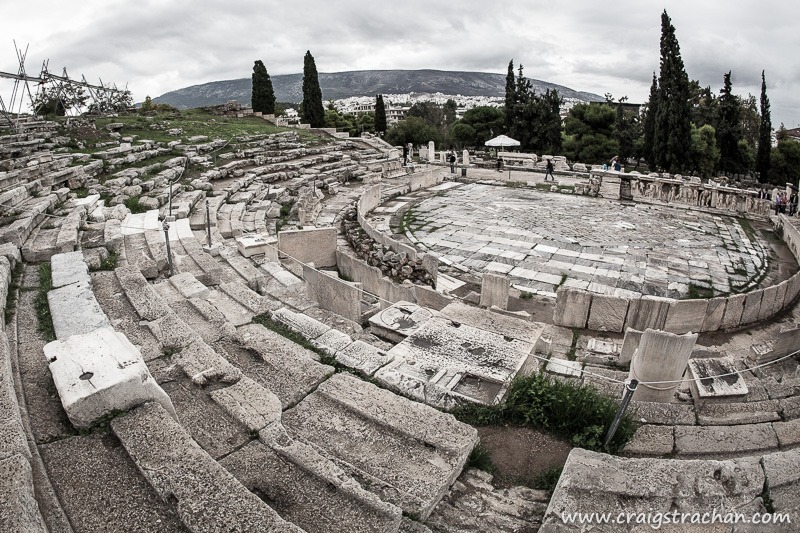 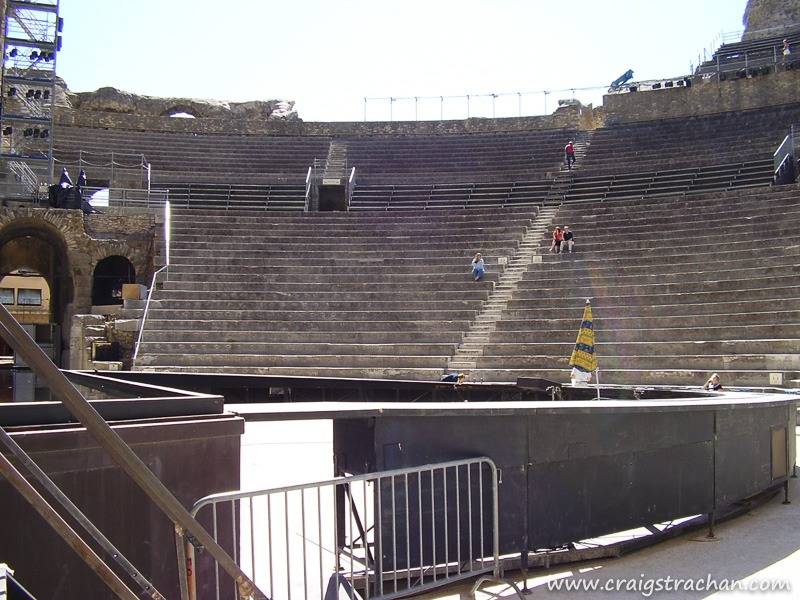 Today we went to visit the historical town of Orange, home to many Roman relics. Orange gets its name from the German House of Nassau, the House of Orange which ruled since the 12 century. It was ceded to France in 1713.

Of particular interest to us was the Theatre Antique, a Roman theatre which was probably built during the reign of Augustus Caesar (27 BC – AD 14). 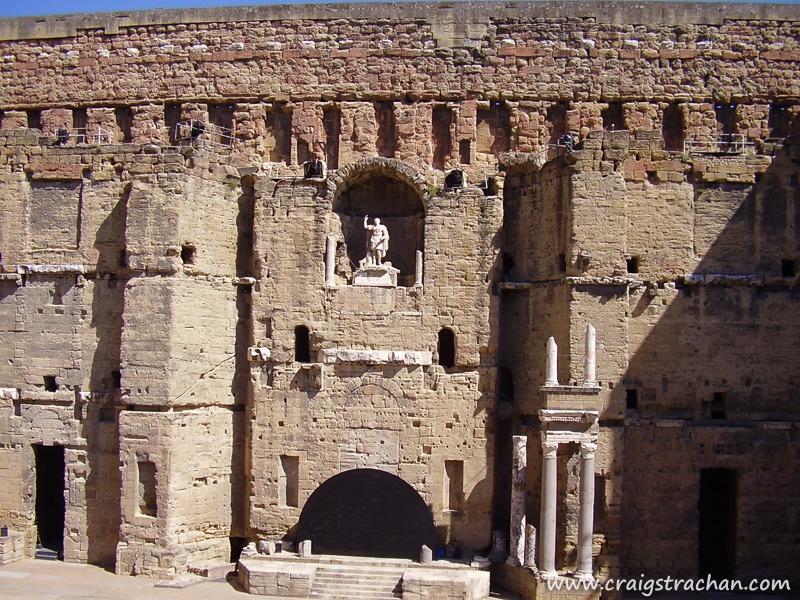 This theatre, which is still in use today, contains the only remaining Roman complete stage wall in the world. It is about 103m wide and 37m high. The theatre is built in a semi-circle, with many tiers of raised seating looking down at the stage. Tickets for the shows cost several hundred euros. Of interest is the statue of Caesar that you can see in the photo. The head is removable, so it could be easily modified to suit the Caesar that was currently ruling without having to build an entire new status. 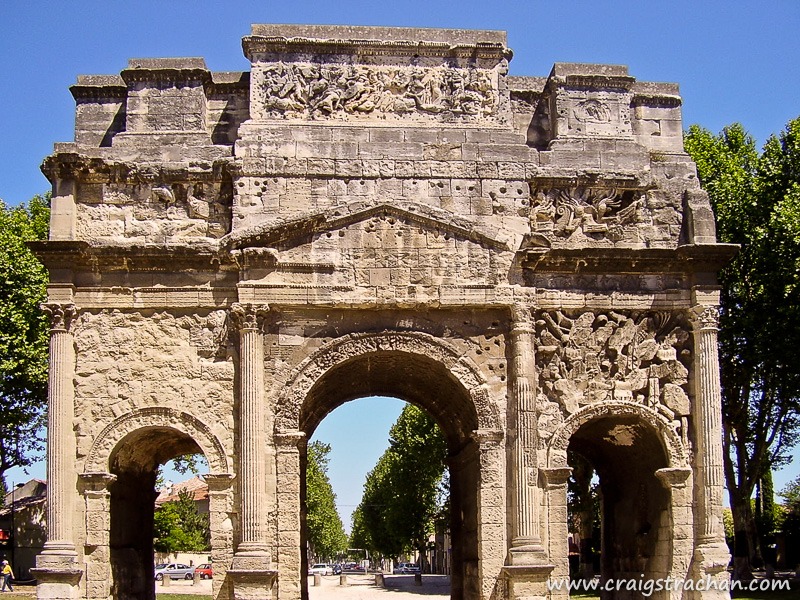 Orange also contains its own Arc de Triomphe (The Triumphant Arc), which was built 100’s of years before the Arc de Triomphe in Paris. Built around 20 BC, it commemorates Julias Caeser’s victories during the Gallic Wars.