A day in Philadelphia

We have spent the last few days with at my brother in law Marcus, and his wife Paddy. We have visited the New Jersey, the most decorated battle ship in the US navy ever, and strangely enough we went to a Duck Decoy museum, all about the wooden decorative ducks. 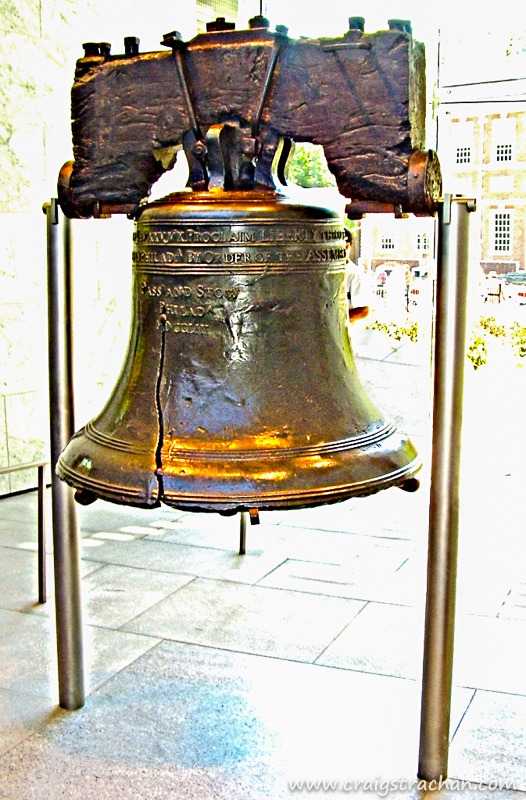 We also when to Philadelphia, where we saw the Liberty Bell – which they allowed Lois to touch. There was a huge photo of Mandela there (yay)! We also went into the room where the US declaration of independence and the constitution were signed. We rounded off the day with a horse and carriage ride. It’s great being on leave.

SA can learn a lot about customer service from USA. Everybody is very willing to help, and nothing is a bother. Service is fast, friendly and efficient (addendum: it’s either really good, or really bad – never in between).

A downside of this is that they tend to live in a consumer-based society. Many people only live on fast food and are immensely overweight. They have to park in disabled bays because they are too fat to walk any distance. We say a man order 6 donughts at Dunkin’ Donut (sic), and eat them all in a few minutes.

I have to respond to the feedback about the flags. Americans are immensely proud of their country. It does not mean that they support George Bush, or the current war. Many don’t. However they do believe that they live in the best country in the world. That is what SA can learn from! It was described to me in a quote ‘it is the world’s largest dysfunctional family – they don’t always get along, but they support each other against other families’.

One Response to A day in Philadelphia