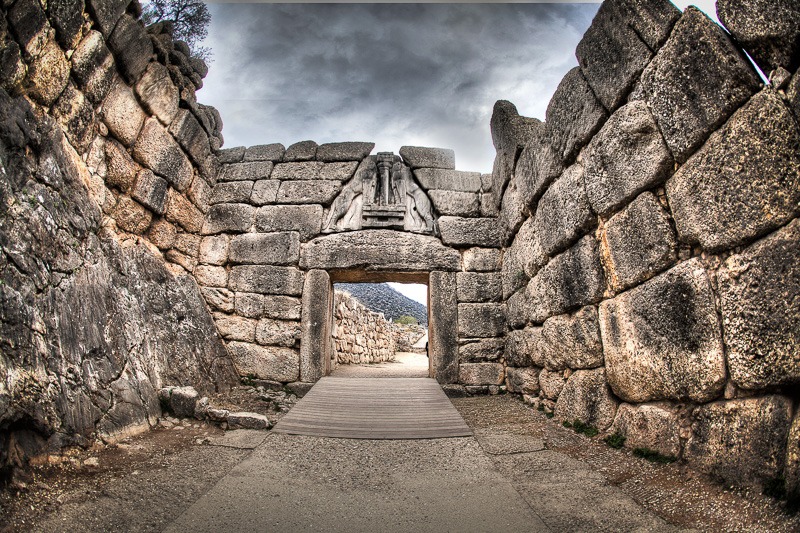 The Lion Gate was the main entrance of Mycenae. It is over 3200 years old. Agamemnon, the Mycenae king and hero in the Iliad by Homer would have walked through this gate to start his travels to fight in Troy, and it was in Mycenae that upon returning from surviving a 10 year war in Troy he was murdered by his wife.

It is a massive structure and a remarkable feeling to trace the footsteps of people that have featured so much in the Greek epics.