The Load Sailer waits outside the US Navy memorial Plaza in Washington DC. He has been waiting since he was erected in 1987, yet with central location and the number of people walking past he is seldom lonely. 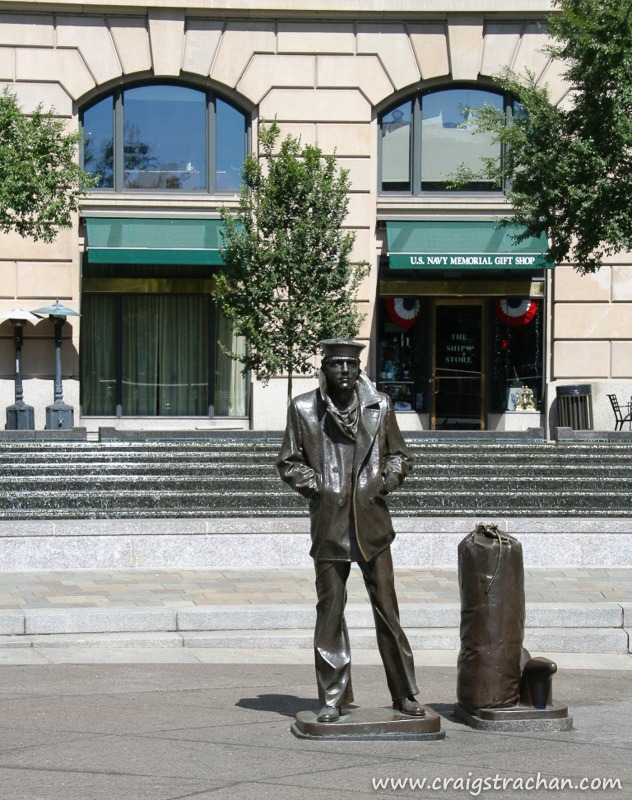 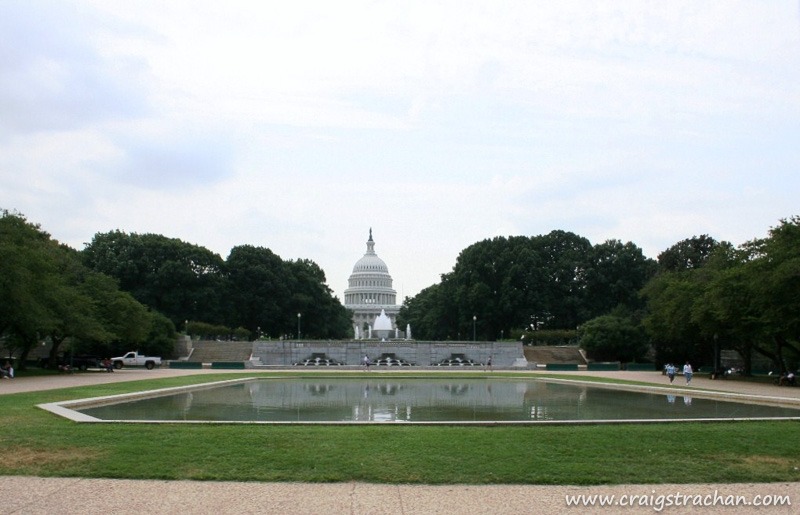 The Capitol with one of the reflecting pools in the foreground. Everything in the mall looks close together, but when you start to walk you realise how massive it is. It is almost 2km end to end; easily long enough for a runway to land a Boeing 737.

However there is so much to see on the mall; it is surrounded by interesting museums. You could easily spend a week just in the museums. I highly recommend both the aerospace museum, and the museum of American history. 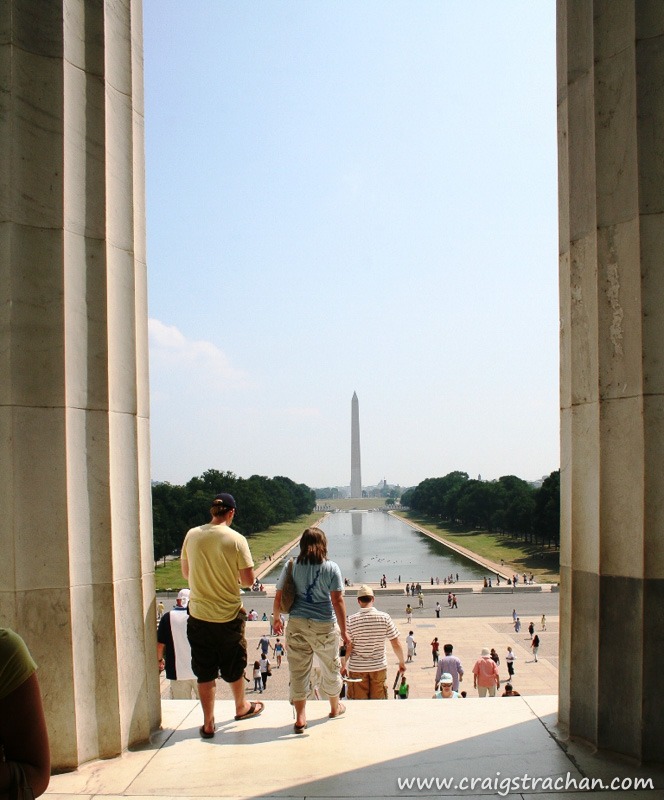 The Washington memorial as seen from the steps of the Lincoln memorial, this is the view that Martin Luther King would have seen when he gave his famous speech to around 250000 people in 1963. 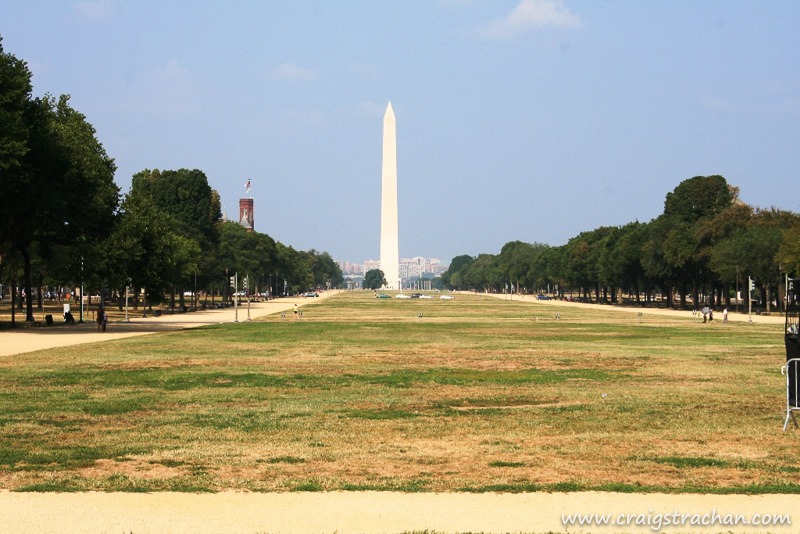 And here is the view from the other side. The mall is huge; approx 3km long; so when you are looking to the monument from the steps of the Lincoln memorial you are looking down approx 1.5km of mall (I think it would make an excellent location for a parkrun). 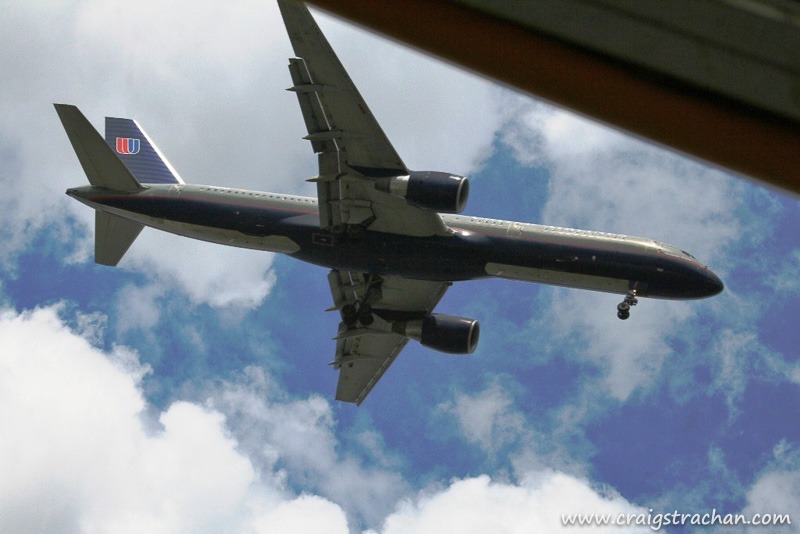 I once spent a few minutes on a retired World War 2 amphibious military personnel carrier, floating on the Potomac River, directly on the landing path of aeroplanes landing at Dulles International Airport. 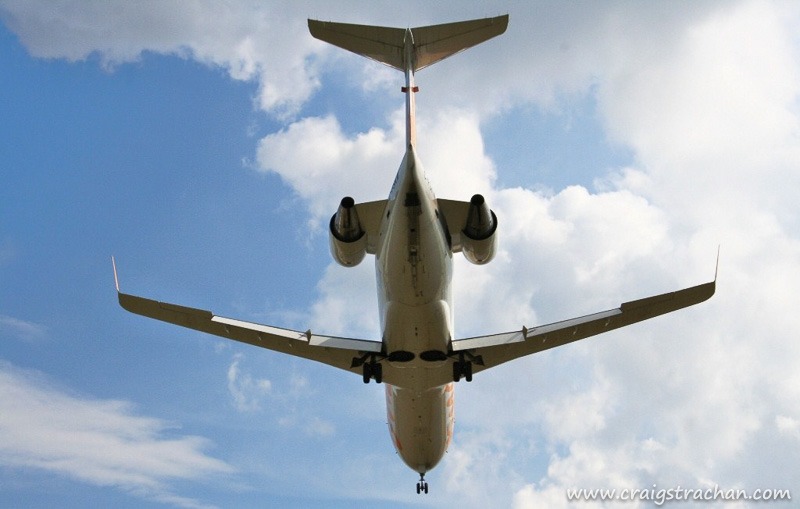 Looking back I’m a little surprised that we are allowed at all; I’m sure it would have been a security risk for the airport. 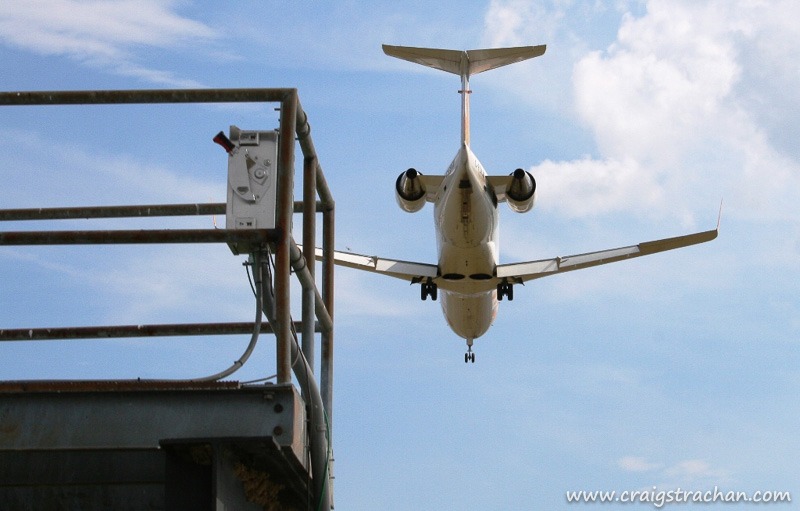 Well it was a great opportunity to shoot he planes, with a camera of course. 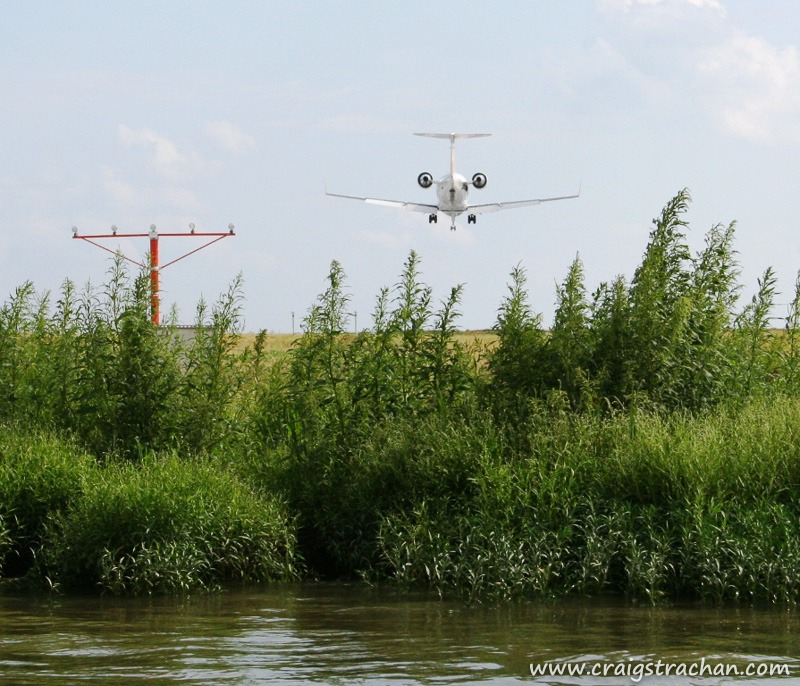 The boat was a DC Duck, which provides a unique way to tour Washington DC. You drive around the streets for a bit, then you drive straight into the river for a short river cruise, than back onto the road to where you zstarted!

Washington – monuments and the mall

Today and tomorrow Lois has Toastmasters Training, which gives me two days to myself. So, I have been doing a lot of travelling. The tour buses are hop on – hop off, which is really great! 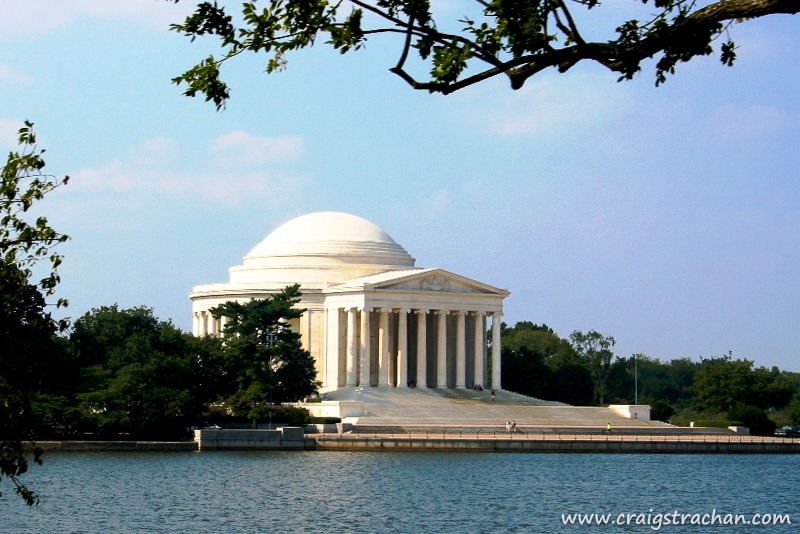 I am currently sitting in Washington Park, waiting for the next bus. I started the day by visiting the Jefferson Memorial, which is a large rotunda-shaped memorial. It is centred by a statue of Thomas Jefferson, which is about 19′ tall. The memorial is right on the edge of the Tidal Basin by the Potomac River, and is a very cool and reflective place to spend some time. 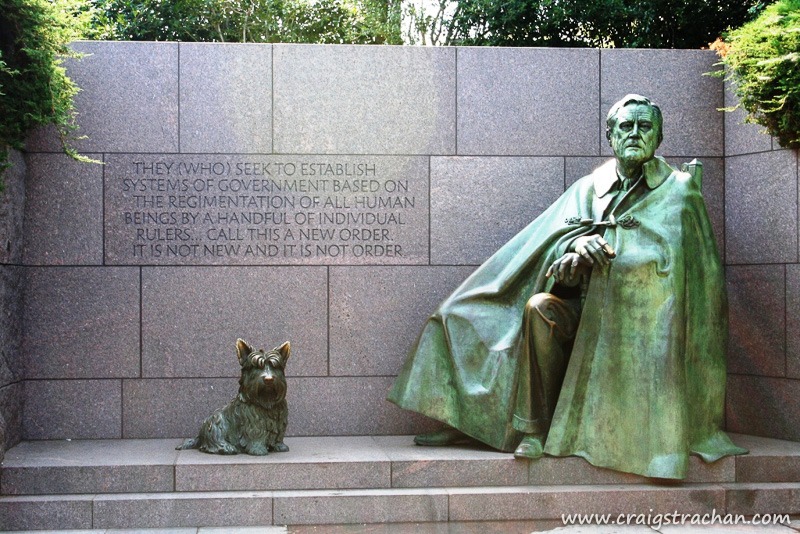 Just next to the Jefferson Memorial is the Roosevelt Memorial. Of interest here is that it shows Roosevelt in a wheel chair, after he was crippled by Polio – attended to by his dog! The also have in interesting quote by Eleanor Roosevelt: 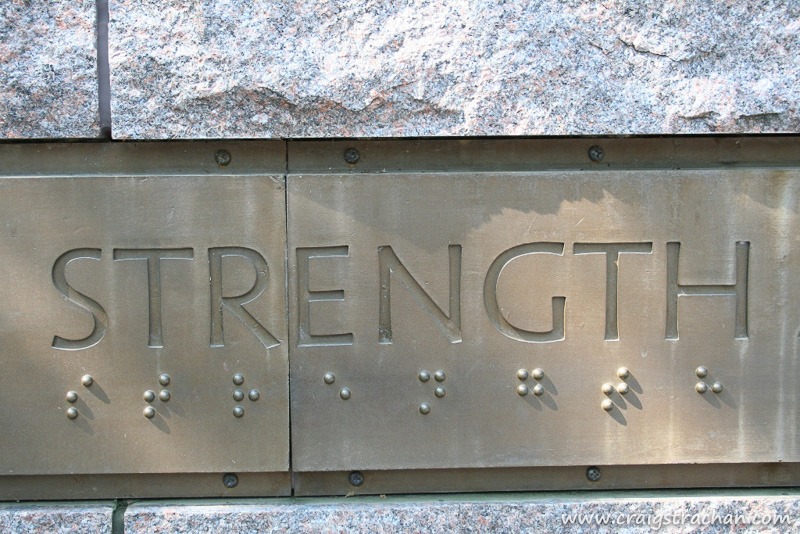 Franklin’s illness gave him strength and courage he had not had before. He had to think out the fundamentals of living and learn the greatest of all lessons-infinite patience and never-ending persistence.

The entire quite is written in very large braille. 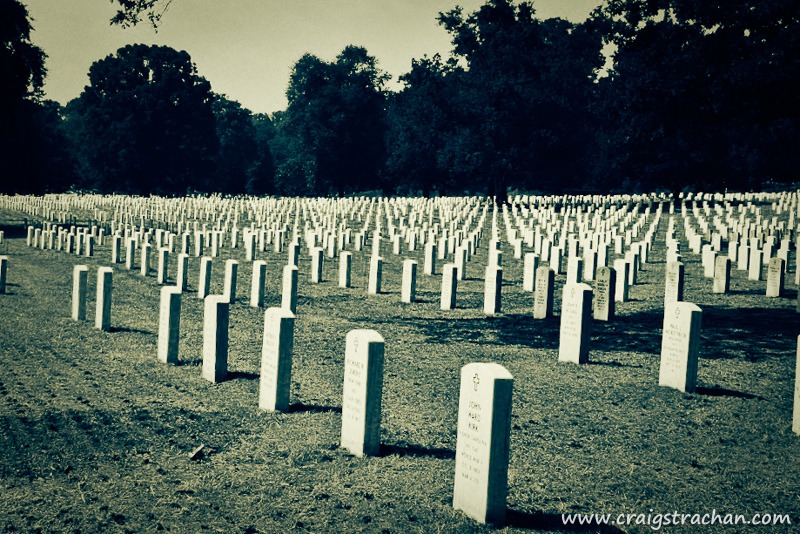 Next was the Arlington Cemetery, which was enormous. It was very sobering to see row upon row of white tombstones, containing memorials to people from many wars – amongst them Vietnam, Korea, and World War 2. I saw the grave of John Kennedy.

It contains a flame which was lit by his wife Jackie at his funeral in 1963. She is now buried alongside him. They also had a changing of the guard which was not very exciting. The graveyard is a stark reminder of our mortality. 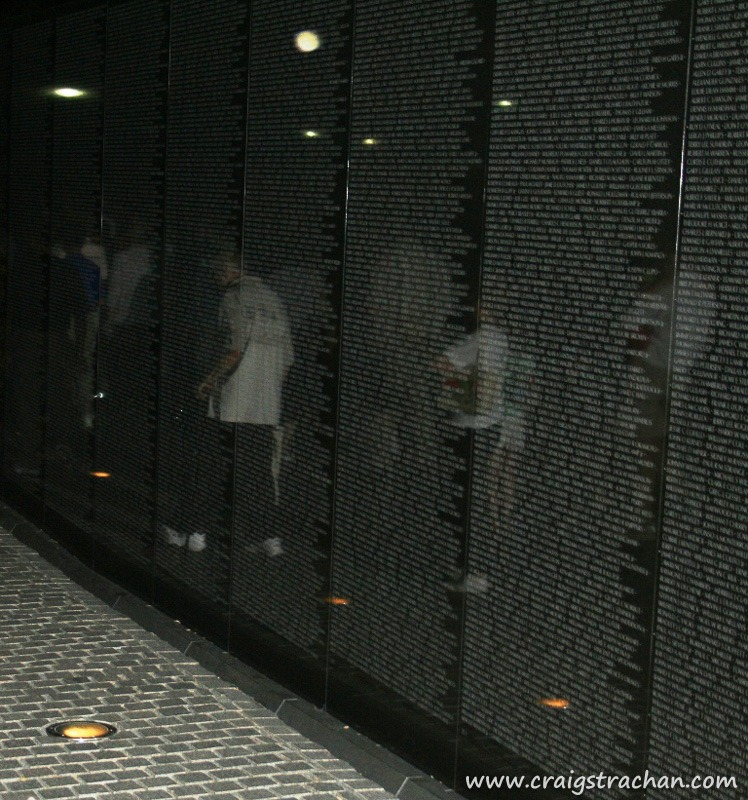 The Vietnam Memorial is very sad. It is a gently sloped pathway, with a wall containing a list of all US servicemen that died in the Vietnam war. At the beginning of the pathway, you see only a few names. By the time you are in the middle, you are dwarfed by the wall. Every few steps, you can see a bunch of flowers, or a photograph of a veteran. 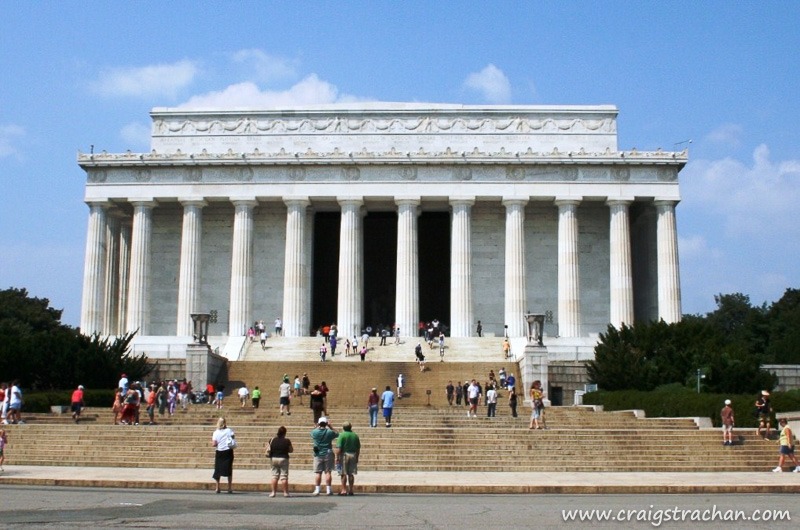 The Lincoln Memorial (there are lots of memorials in DC!) is at the West end of the mall, overlooking the Reflecting Pool, and providing a stunning view of the Washington Monument and the Capital at the east end of the Mall. I believe that the design is based on the temple of Delphi in Greece.

…my legs are really sore from all the walking. I have just found my favourite beer (Bass from Burton on Trent in UK) in the hotel bar!

This afternoon was a bit quieter – with a visit to the National Cathedral. It was built in the Gothic style, and is very reminiscent of Notre Damme. However, building started in 1907, and was only completed in 1990! The building does really look very old. It is a quiet spot where you can sit and contemplate the world.