U2 live in Cape Town 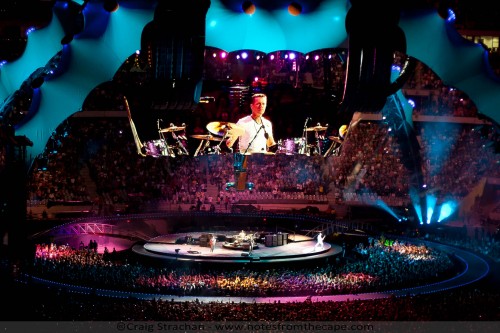 U2 played in Cape Town last night. Lois, myself and approx 61998 other people went to watch them paying at Cape Town Stadium. This was my first time in the stadium, and it was a fantastic venue. Everything just went smoothly. The queues at the bar were short, seats were easy to find; people were behaving and just having a great party. Of course, U2 put on a great show. 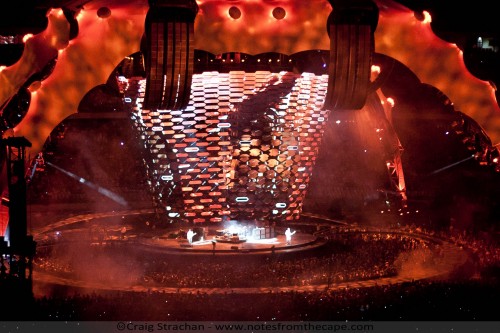 U2 in Cape Town, complete with resizable TV screen 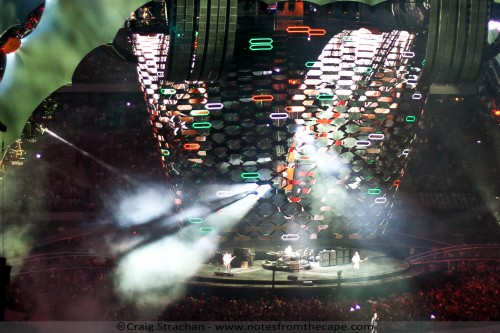 I am not U2’s biggest fan, but they have done some great songs over the years, and their gig was amazing! If you look at the stage, you can see that it is actually a 360 degree stage, going around in a complete circle with the audience all around the stage. The TV screen above the stage was also panoramic. 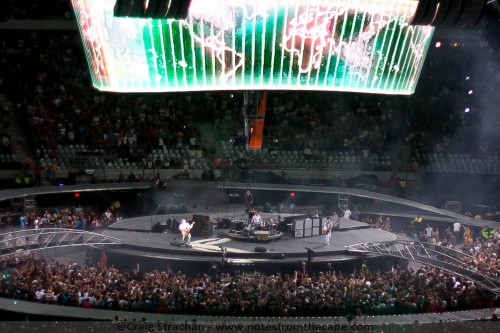 Although it was (of course) a rock concert, it came with a pretty awesome light show as well; using the strange spider-like covering as a backdrop from some pretty stunning lighting.

U2 Live in Cape Town; suppport act Amadou and Mariam

I don’t know if they are going to your city on this tour; but if they are get some tickets. It will be a great show!

U2 playing beneath the spider

This was my fist time in Cape Town Stadium, and although it does not look that huge from the inside, there were over 62000 people inside, it is massive! 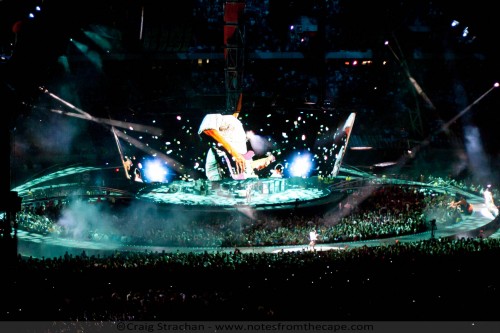 7 Responses to U2 live in Cape Town