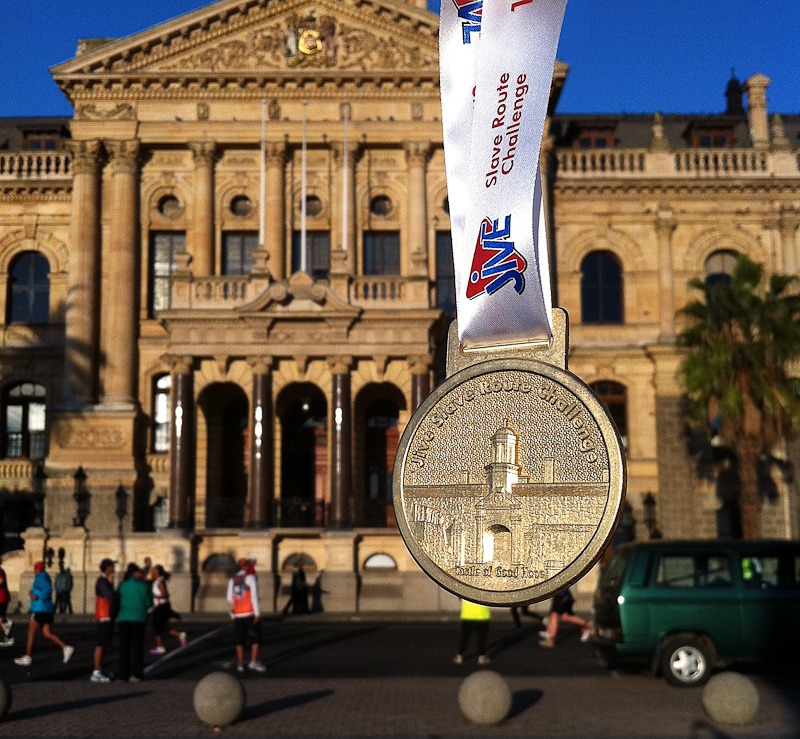 Today was the Annual Slave run in Cape Town. Like many old cities, we have a sad history of many slaves that were a large part of building our city, but who are seldom remembered. To commemorate this, there is an annual run and walk through the city centre which passes many historical building remembering slavery. The route started with the firing of cannon from the castle, a run through the castle and past the old slave lodge (which is now a museum).

I took that shot of my medal at the finish line, with the Cape Town City Hall in the background (it really is a single shot, not multiple shots merged later).